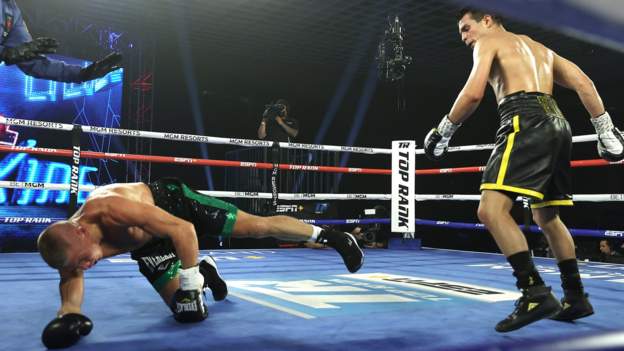 Baranchyk, 27, put Zepeda on the canvas twice in the first round of the light welterweight fight and both scored a knockdown apiece in the second.

Zepeda floored his rival in the third and fourth rounds and, after he was put down in the fifth, he got up to knock out Baranchyk later in the same round.

“Both of us are climbing up, and somebody had to stay. I was able to win the fight, and I told him: ‘Thanks for the fight. It was a great fight.’

“I know I’m tough [but] I didn’t know how tough I was. Tonight, I showed myself, too. I’ve never been in a fight like this – it was a great learning experience.”

Jimenez means a lot to this city – Nuno