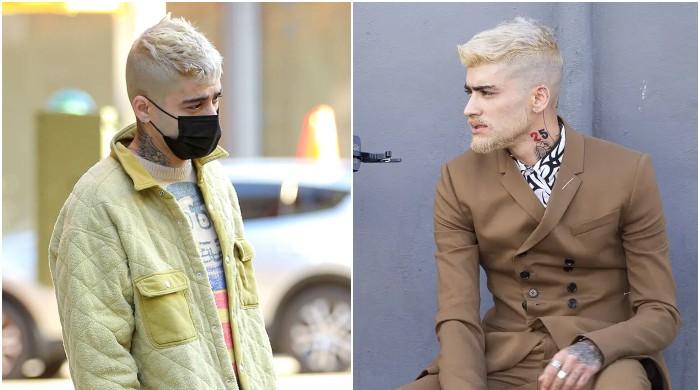 British heartthrob Zayn Malik is known as someone who enjoys going through major hair transformations after every few days.

It looks like the former One Direction member is at it again as he showed off his new platinum blonde hair leaving fans completely heart-struck.

The Pillow Talk singer was seen publicly for the first time since he and supermodel Gigi Hadid welcomed their daughter earlier this year in September.

The singer’s new look caught the eyes of crazed fans and hyped-up paparazzi as he rocked a mini-mohawk.

While it isn’t clear when exactly the dreamboat decided to alter his look, it did appear to be recent since his last appearance was on Hadid’s Instagram on Halloween when she shared their first ever family picture publicly.

This was certainly not the first time Malik decided to lighten his signature dark mane as, a couple of years ago, he went all-out and bleached his hair as well as beard igniting mixed reaction from fans.

That being said, Malik is enjoying being a father as a source told E! News previously: “Zayn was very emotional when their baby girl was born. It was an emotional and special moment for him.”

“He expressed that he is forever changed and would never disappoint her or Gigi. He wants to be the best father possible and is so excited,” the source added.

Dave Chappelle tests positive for Covid-19, quarantined with no symptoms