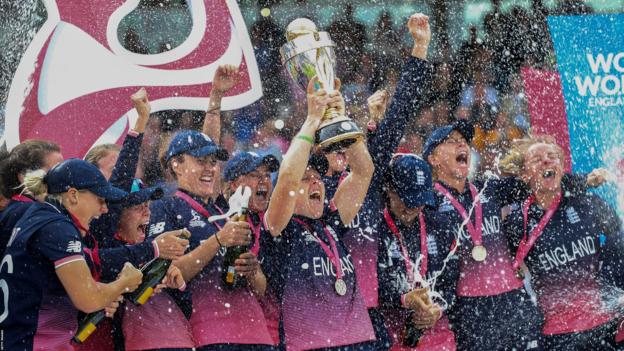 The Women’s Cricket World Cup, due to take place next year, has been postponed until February-March 2022 because of the coronavirus pandemic.

The 50-over tournament was scheduled to take place in New Zealand from 6 February to 7 March, 2021.

In addition, the ICC has announced that the 2020 men’s T20 World Cup, also postponed because of the pandemic, will be held in Australia in 2022.

Three women’s cricket tournaments will now take place in 2022, in addition to the Commonwealth Games and the Twenty20 World Cup.

England are the reigning World Cup champions having won the tournament on home soil in 2017.

“We have taken the decision to move the ICC Women’s Cricket World Cup to give players from every competing nation, the best opportunity to be ready for the world’s biggest stage and there is still a global qualifier to complete to decide the final three teams,” said ICC chief executive Manu Sawhney.

“There has been no women’s international cricket played since the conclusion of the ICC Women’s T20 World Cup earlier this year and due to the varying impact of Covid-19 globally that is likely to remain the situation for a number of the teams.

“Moving the event by 12 months gives all competing teams the chance to play a sufficient level of cricket ahead of both the qualification event and leading into a Cricket World Cup so the integrity of the tournament is maintained.”

A qualifying event, which should have taken place in Sri Lanka in July, will take place in 2021. It will feature 10 teams, including Ireland, and will determine the final three of the eight teams that will take part in the tournament proper.

The Women’s World Cup is due to be played at grounds in Christchurch, Auckland, Mount Maunganui, Hamilton, Wellington and Dunedin.