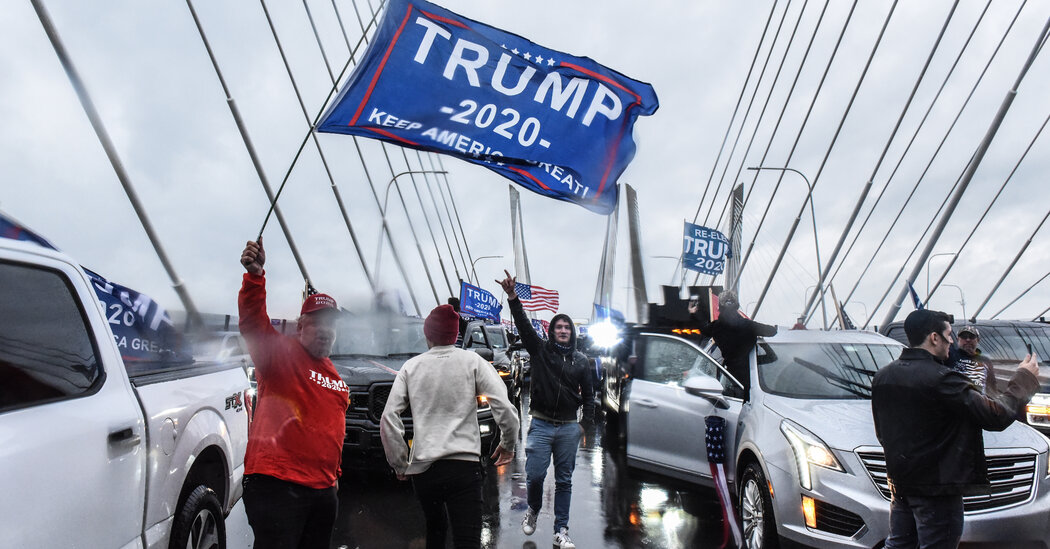 “In the wake of an election, I say to the Proud Boys and to Antifa and to other militias and armed groups, Atlanta does not want your foolishness,” the Rev. Robert M. Franklin Jr., a candidate in a runoff election to serve the final month of Representative John Lewis’s term in Congress, said in a sermon.

In Harrisburg, Pa., Annie Bravacos, 17, said she had felt a creeping dread about the election, and since she and her friends were too young to vote, they decided to canvass on a rainy Sunday afternoon.

“It’s easy to just get terrified about that, so just doing this, I guess, is what makes us feel better,” she said. “It’s, you know, we’re actually doing something, even if it’s small.”

In Ashland, Ky., Mark Carlisle, whose blue pickup flies two American flags and booms out patriotic songs from a speaker, said he was more concerned about ballot tampering than anything happening at his local polling station in a school.

“My ballot getting messed with? Yes. Me afraid to go somewhere? No,” said Mr. Carlisle, a 58-year-old building contractor, explaining why he refused to vote by mail or vote early.

In Durham, N.C., Garrett Langley Henson was updating his website last week when an unknown number popped up on his phone. When Mr. Langley Henson answered, a prerecorded voice told him to “stand back, stay home, stay safe,” and then hung up. He received the same call, but from a different number, the next day.