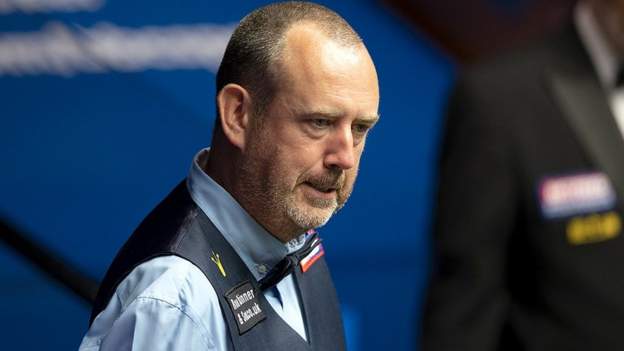 Wales’ Mark Williams produced a superb performance to book his place in the World Championship quarter-finals with a 13-11 victory over Stuart Bingham.

The former world champions started the final session tied at 8-8 and traded frames in a high-quality contest.

But three-time winner Williams, 45, edged ahead to lead 12-11 and sealed victory over the 2015 champion with a break of 75 in the next frame.

Williams will face Ronnie O’Sullivan or Ding Junhui in the last eight.

“It was a tough match,” said Williams. “Even when I had the 75 break in the last frame I was still in for 15 minutes of pain and at one point I thought he was destined to get the snookers he needed to make it 12-12.”

“It was great to watch the way they were trying to eke out an opening against each other,” said Doherty. “It was like two boxers going at each other.

“Mark Williams will feel the benefit of that type of performance going into the quarter-finals.

“He’s a three-time winner and still has the game to go the distance. He showed a lot of courage in that last frame to get over the line.”

‘I can miss the easiest pot you’ve ever seen’

Williams admitted he was making more errors as age affects his eye-sight and concentration.

“At my age I can pot anything on the table but can also miss anything,” he said. “I can miss the easiest pot you’ve ever seen, that’s just more frequent in my game now.

“I know I’m going to miss pots but I’ve just got to forget about it and get on with the next frame.

“I am 45 going on 46 and I know I am not going to get any better, my form will gradually decline and I will miss easier balls than I would have before. It is frustrating but it’s something I’ve accepted.”

Six-time world champion Steve Davis: “Mark Williams has a spring in his step. He’s taking an objective view of his game and enjoying the challenge age brings. He’s a total warrior, one of the greatest match players we’ve ever seen. He tries so hard and it means so much to him.

“His attitude to accept what’s happening to him is very important – some players can drive themselves mad looking for technical reasons why they’re missing pots but that’s not the issue when you get older.”