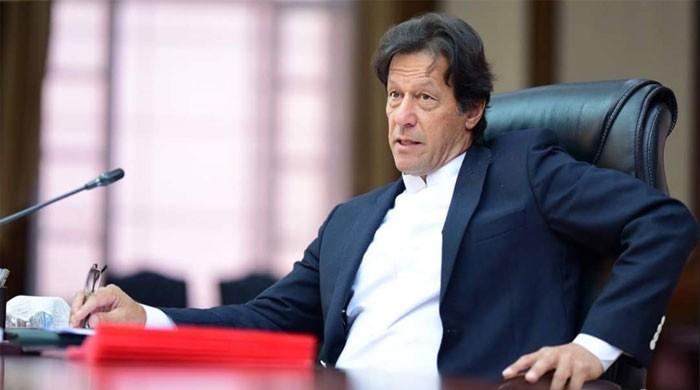 PM Imran Khan referred to the PDM’s Lahore jalsa as a flop show. The meeting slammed Pakhtunkhwa Milli Awami Party chief Mahmood Khan Achakzai’s statements against Punjabis, saying that he had insulted them.

“If the Opposition wants to resign, they can,” PM Imran Khan reportedly said. “I will not give in to their blackmailing. After holding jalsas, they can also try their hand at the long march,” he added.

Turning his guns towards PML-N vice president Maryam Nawaz, PM Imran Khan said that she does not have any leadership skills. “Maryam Nawaz is spewing venom against state institutions,” said the prime minister, referring to the PML-N leader’s criticism of the military leadership.

The meeting was held a few hours after the PDM warned the government, calling on it to resign by December 31 and asking Opposition lawmakers to resign by the same deadline.

“Today, we want to make it clear: The government should resign till January 31. If it does not, then the [PDM leadership] will announce a long-march on February 1,” Fazl had said during a press conference earlier.

He was standing with PML-N vice-president Maryam Nawaz and PPP chairman Bilawal Bhutto. However, Fazl said that the final date for the long-march will be announced soon.

The PDM chief appealed to the people to start preparing for the long march. Fazl said that following yesterday’s successful public rally, the 11-party alliance has signed on a joint statement.

“The schedules issued to the provinces by the steering committee will remain intact,” he had said.

Why did the UK court’s 2016 order surface now? | The Express Tribune