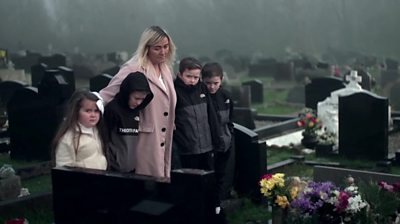 The negotiations between the UK and EU are being followed closely in Northern Ireland where arguments over the future of the Irish border have been revived by Brexit.

There’s been power-sharing between Catholic and Protestant for more than two decades but the trauma and division caused by conflict is a huge challenge for society.

As part of the BBC’S Our Lives series Fergal Keane – who reported from Northern Ireland during the Troubles – has been back to meet some of those facing the legacy of violence.

Janice Nix: The drugs kingpin who joined the Probation Service