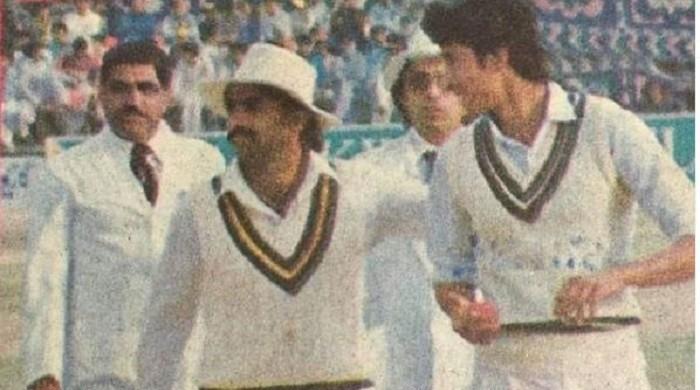 Former fast bowler Wasim Akram on Saturday shared a throwback picture of him with ex-Pakistan captain Javed Miandad with a touching caption giving the credit to the latter for his support.

Taking to Instagram, Akram said, “If it wasn’t for Javed Miandad, there would never have been a Wasim Akram.”

Sharing an iconic moment from his debut match against New Zealand at Faisalabad on November 23, 1984, the acclaimed pacer wrote: “This 17-year-old was picked up to play for Pakistan in 1984 in Rawalpindi. If it wasn’t for Javed Miandad, there would never have been a Wasim Akram.”

In Akram’s debut match, the green shirts won by five runs against New Zealand. The match was played under the captainship of legendary batsman Zaheer Abbass.

Punjab to not hold practical exams for matric, intermediate students in 2021