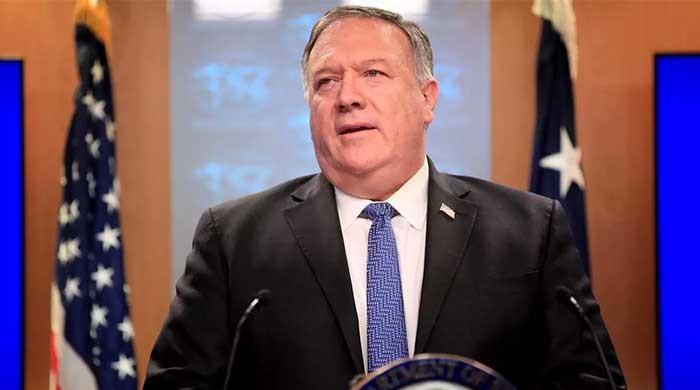 WASHINGTON: US top diplomat on Wednesday announced that Washington will be giving a $10 million reward to anyone helping the country in preventing foreign interference in the November election, as the State Department alleged Russia was waging an increasingly sophisticated disinformation campaign.

The reward marks one of the most public signs that members of President Donald Trump’s administration are taking election meddling seriously, despite anger by Trump himself over findings that Russia has assisted him.

Secretary of State Mike Pompeo pointed to efforts by “Russia and other malign actors” as he announced the effort to stop election interference.

The United States “is offering a reward of up to $10 million for information leading to the identification or location of any person who, acting at the direction or under the control of a foreign government, interferes with US elections by engaging in certain criminal cyber activities,” Pompeo told reporters.

US intelligence concluded that Russia interfered in the 2016 election to support Trump, especially through manipulation of social media, although it did not find that his campaign colluded with Moscow.

Trump has been outraged by the “Russia hoax” and in February removed the director of national intelligence over a briefing to lawmakers that found that Russia appeared to want Trump to win a new term on November 3.

Last month four top Democratic lawmakers with access to intelligence said they were “gravely concerned” about a new “foreign interference campaign,” but their joint statement was notably not signed by members of Trump’s Republican Party.

US officials have also warned less specifically about election efforts by China.

The State Department’s Global Engagement Center, which is in charge of studying and countering foreign propaganda, warned in a report Wednesday that Russia has invested “massively” in disinformation efforts on the internet.

“The Kremlin bears direct responsibility for cultivating these tactics and platforms as part of its approach to using information as a weapon,” it said.

The report, which did not focus specifically on election meddling, said that Russia has relied on proxy voices to amplify messages that boost propaganda goals such as stirring up opposition to the United States.

One favorite topic was the coronavirus pandemic, with Russian sites active in promoting unfounded narratives that COVID-19 was planted by the CIA or Microsoft billionaire turned philanthropist Bill Gates, the study said.

In one example, the study pointed to the Strategic Culture Foundation, an online journal that it said promoted “obscure Western fringe thinkers and conspiracy theorists” and formed foreign partnerships.

“When one of these proxy sites is publishing information, it’s murky as to where it’s actually coming from,” said Lea Gabrielle, head of the Global Engagement Center.

“Russia tries to hide its affiliation with these different proxy sites and that’s what makes them effective,” she told reporters.

“It’s difficult for just the average person who is online to look at these sites and know that it’s actually Russian disinformation.”

On Twitter, material of the Strategic Culture Foundation and six similar sites was tweeted or retweeted 173,000 times from April through June, the study said.

Britain, not Russia, appeared to be the top source of Twitter activity involving the suspicious material, it said.

Russia has denied allegations of election meddling as well as charges led by Britain that Moscow is hacking coronavirus vaccine research.

Pompeo, for his part, has promoted a theory discounted by mainstream scientists that the new coronavirus came out of a Chinese laboratory.

‘It Has Hit Us With a Vengeance’: Virus Surges Again Across the United States

Three Tests, a Private Jet and a New Rule: How Nick Saban Made Kickoff