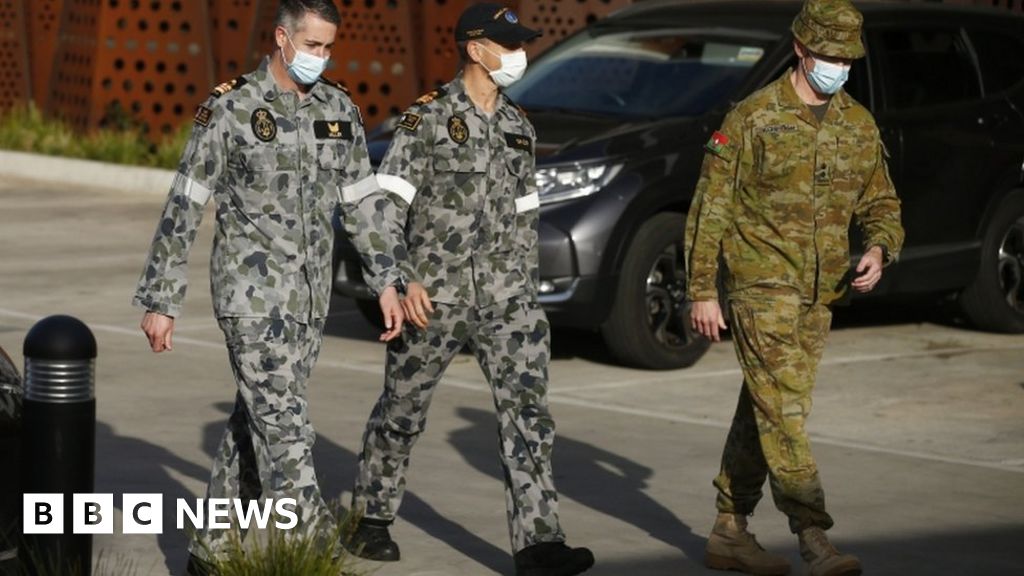 The Australian state of Victoria has declared a state of disaster and imposed new lockdown measures after a surge in coronavirus infections.

Victorian Premier Daniel Andrews said the restrictions would come into effect on Sunday at 18:00 (09:00 BST).

Under the new rules, residents of the state capital Melbourne will be subject to a night-time curfew.

Residents will not be allowed to travel further than 5 km (3.1 miles) from their home, exercise will be restricted to once a day, and one person will be able to go shopping for essentials at a time.

After early success in suppressing the virus, Australia has had fewer cases than many other countries, recording about 17,000 infections and 200 deaths.

But cases are rising rapidly in Victoria, accounting for many of Australia’s new infections in recent weeks, promoting the return of lockdown restrictions in early July.

On Sunday, the state reported 671 new coronavirus cases and seven deaths. Those increases brought the totals to 11,557 infections and 123 deaths.

Mr Andrews said the lockdown measures introduced in Victoria – Australia’s second most populous state – were working but too slowly.

“We must do more. We must go harder. It’s the only way we’ll get to the other side of this,” Mr Andrews said at a news conference.

Mr Andrews said the changes to lockdown rules announced on Sunday will remain in place until at least 13 September.

What are the new restrictions?

Mr Andrews said Melbourne will move into stage-four restrictions on Sunday, placing further limits on the movement of people.

That will include a night-time curfew, which will be implemented across Melbourne from 20:00 to 05:00 from Sunday.

The only reasons for leaving home during these hours will be work, medical care or care-giving.

All students across the state will return to home-based learning and childcare centres will be closed.

Regional Victoria will move to stage-three restrictions from Thursday, meaning restaurants, cafes, bars and gyms will close from 23:59 on Wednesday.

To ensure these rules are observed, police will be given additional powers, Mr Andrews said.

“These are big steps but they are necessary,” Mr Andrews said. “We have got to limit the amount of movement, therefore limiting the amount of transmission of this virus. We have to clamp down on this.”

Why did Victoria become the epicentre of Australia’s outbreak?

For months Australia felt optimistic about containing Covid-19. The country’s curve flattened rapidly four months ago with the enforcement of lockdowns and mandatory hotel quarantines for people entering the country.

Previously, most cases were coming from travellers returning from overseas, but a resurgence of the virus in Melbourne has proved to be a major setback for the country.

Local transmissions have become a key source of infections, putting authorities on the back foot.

In early July about 300,000 people were ordered back into lockdown amid a military-assisted operation to “ring fence” 10 postcodes at the centre of the outbreak.

Then, about five million residents of Melbourne were told to stay at home for six weeks.

Health experts say the relaxation of rules, complacency on social distancing and sheer bad luck have all contributed to Victoria’s rise in cases.

Now Mr Andrews says the current rate of community transmission – including “mystery cases” that cannot be traced back to work or home – is far too high.

“And they tell us, based on the current number, cases might begin to drop off, not in days or weeks, but months,” Mr Andrews said. “That’s not something I’m willing to accept.”