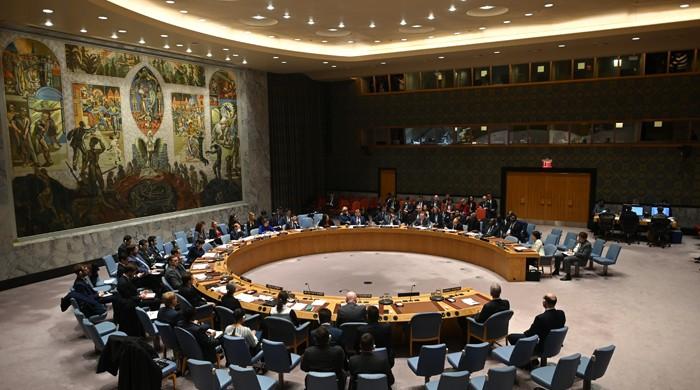 No official details had been released of the meeting which is being held behind closed doors with an Indonesian representative in chair.

China, which is among the five permanent Security Council members, pushed for the meeting owing to reports of widespread human rights violations and a crippling curfew in the Indian occupied part of the disputed territory.

The situation has worsened in India-occupied Kashmir since the Modi government unilaterally annexed the Himalayan territory last year on August 5 and placed an extensive security clampdown in the Muslim majority areas to quell any popular backlash.

The move was vehemently condemned by Pakistan which pushed for the issue to be raised in the UNSC since the territory had been declared a disputed one through various resolutions in 1948 and later years.

The Wednesday meeting is the fourth such meeting on Jammu and Kashmir since August 16 last year. Two other closed-door meetings were held in December 2019 and January this year.

The Himalayan state is divided between the two nuclear-armed South Asian rivals and claimed by both in totality.