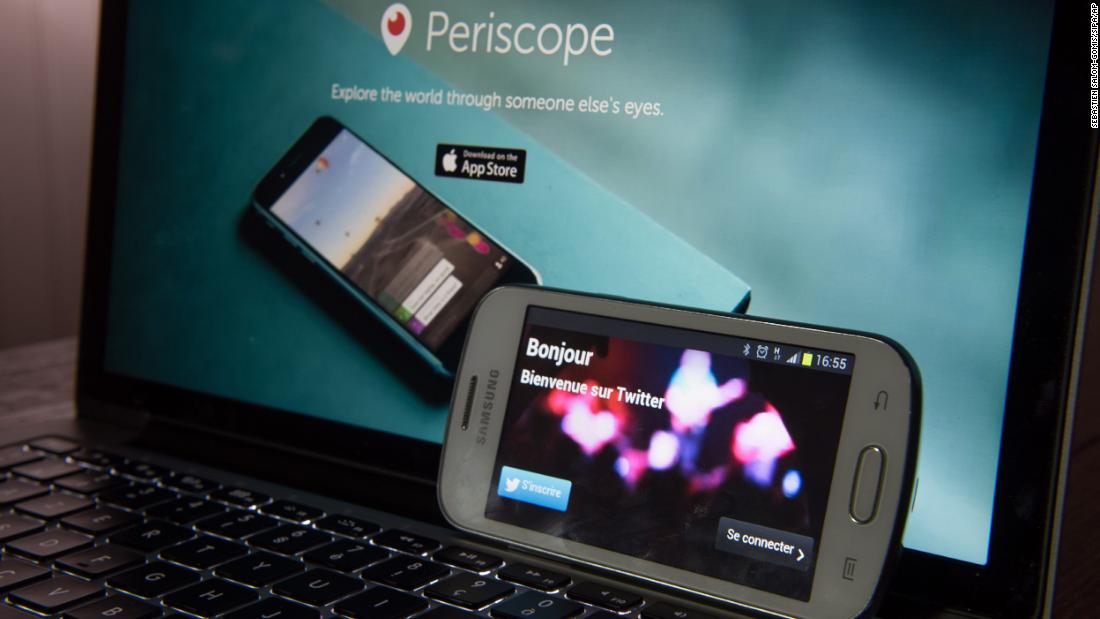 “We have made the difficult decision to discontinue Periscope as a separate mobile app by March 2021,” the video live-streaming app announced in a blog post on Tuesday.

“The truth is that the Periscope app is in an unsustainable maintenance-mode state, and has been for a while,” it added. “Over the past couple of years, we’ve seen declining usage and know that the cost to support the app will only continue to go up over time.”

Most of the app’s live streaming capabilities have been added to Twitter as features, and streams that were shared on Twitter will continue to be available for replay. Users can also download an archive of their data and content before Periscope goes off the app store next March.

Launched in 2015, Periscope quickly became a popular way to share and follow live events, boosting a trend that prompted rival platforms Facebook and Instagram to launch their own live streaming services.
But the app also sparked controversy on multiple occasions, with sporting events cracking down on spectators illegally streaming online and one high-profile case involving an alleged livestream of a rape.
This isn’t the first video service Twitter has acquired and subsequently discontinued. The company also bought Vine, a short video app in 2012 before shutting it down in 2017.

Periscope said shutting down its individual app has been in the cards for some time.

“We probably would have made this decision sooner if it weren’t for all of the projects we reprioritized due to the events of 2020,” the company said. “We’re confident that live video still has the potential of seeing an even wider audience within the Twitter product.”