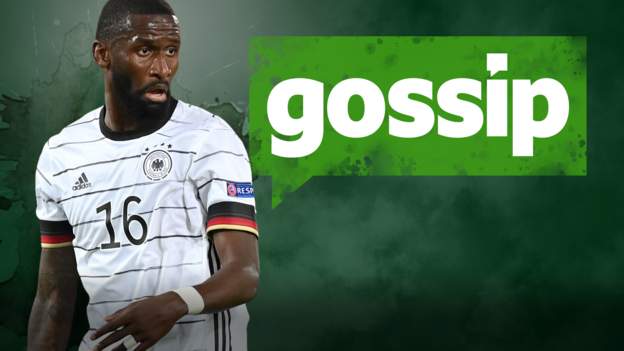 Chelsea boss Frank Lampard is ready to re-integrate Antonio Rudiger into his first-team plans following heart-to-heart talks with the 27-year-old Germany central defender, who has been linked with Tottenham and Paris St-Germain. (Mail)

Germany defender Shkodran Mustafi, 28, rejected Arsenal’s offer of a contract extension in the summer and has informed the club he plans to leave when his current deal expires at the end of the season. (Football London)

West Brom boss Slaven Bilic is fuming with Baggies chiefs after Egypt defender Ahmed Hegazi, 29, was allowed to join Saudi Professional League side Al-Ittihad behind his back. (Sun)

Tottenham hope to negotiate an early termination of English left-back Danny Rose’s contract, but the 30-year-old intends to demand the full £2.5m-plus remaining on his deal, which runs until June next year. (Football Insider)

The Premier League may sideline the Football Association to persuade the Home Office to bring in a special visa system, as the row over post-Brexit quotas continues. (Mail)

West Ham players are backing manager David Moyes to be handed a contract extension following the club’s resurgence since lockdown but the club’s owners may delay opening talks until they are fully convinced the club will not be dragged into a relegation fight. (Mail)

Barcelona and France centre-back Samuel Umtiti, 26, has dismissed suggestions of a move to Arsenal. (Canal+, via Football London)

Italy sports minister Vincenzo Spadafora has said Juventus and Portugal forward Cristiano Ronaldo, 35, is being investigated for returning to the country having tested positive for coronavirus. (Star)

English midfielder Henri Lansbury, 30, has turned down an offer from Aston Villa to end his contract at the club. (The Athletic, via Birmingham Mail)

Former Chelsea midfielder Michael Essien has backed Frank Lampard to find the right formula at Stamford Bridge after an inconsistent start to the season. (Goal.com)

Arsenal fans have raised £34,000 for a local charity by donating to it instead of paying to watch Sunday’s pay-per-view game against Leicester. (London Evening Standard)

An Everton supporter is hoping to find a wall in Liverpool city centre after crowdfunding £5,000 for a new mural. (Liverpool Echo) 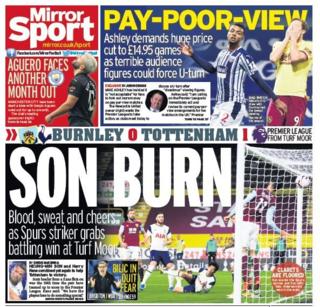