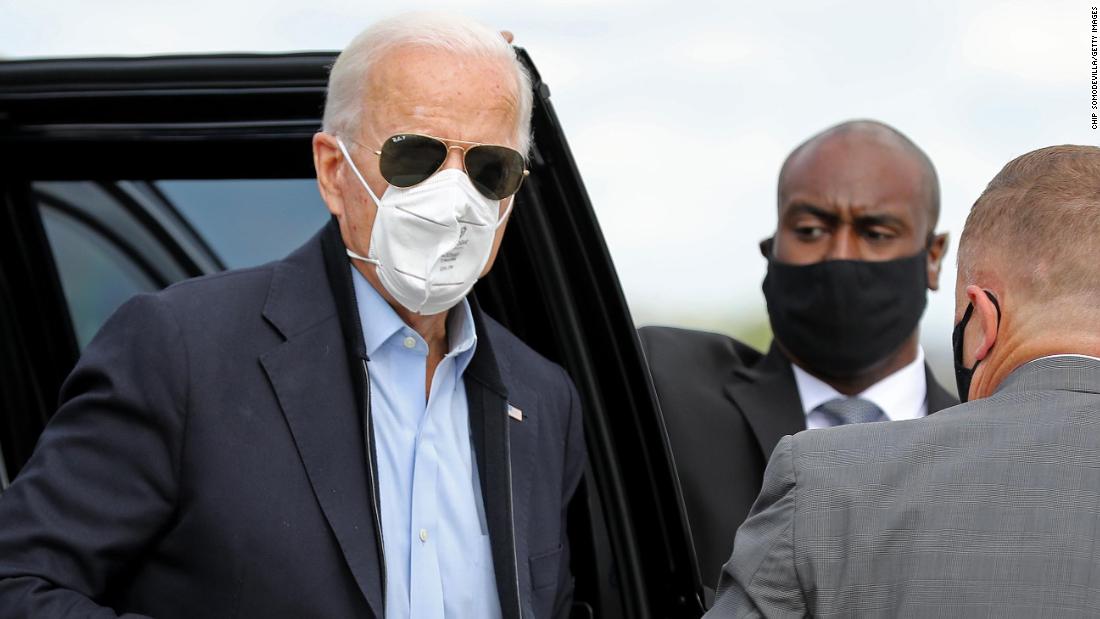 Senior campaign adviser Jason Miller, when pressed by ABC’s George Stephanopoulos about the rallies Trump has held in recent weeks where supporters are largely maskless and standing within six feet of one another in clear violations of federal health guidelines, said Sunday that Trump’s team takes health guidelines meant to curb the spread of the deadly disease “very seriously.”

“It’s why we give everyone coming to rallies or events, we give them a mask. We check their temperature. You know, I would say that with regard to Joe Biden, I think too often he’s used the mask as a prop,” Miller said. “(Wearing a) mask is very important, but even if he’s — he could be 20, 30 feet away from the nearest person and still have the mask on.”

Trump, who has frequently mocked Biden’s consistent use of a face mask, was hospitalized Friday afternoon, hours after he announced he had tested positive for Covid-19.

Symone Sanders, a senior adviser to Biden’s campaign, stressed to CNN’s Jake Tapper on “State of the Union” Sunday morning that the former vice president’s campaign has adhered to guidelines from the US Centers for Disease Control and Prevention since the onset of the pandemic earlier this year.

“We are adhering to CDC guidance, we are listening to the public health experts and we are taking every single precaution. Our staff are wearing masks and are social distancing everywhere — on planes, in cars, inside events, outside events,” Sanders said. “We’re wearing the masks that are keeping us safe.”

Responding to Miller’s comments later on ABC, Biden’s deputy campaign manager Kate Bedingfield said the Republican adviser’s attack was telling about how Trump’s campaign has responded to the crisis.

“I think that tells you a lot of what you need to know about how the Trump campaign has treated this from the outset,” Bedingfield said.

During his interview with ABC, Miller also argued that people interacting with Trump are taking steps to keep him safe from a potential exposure to the virus, despite the fact that the President was likely infected because of the at times lax approach he has taken to the virus.

He continued: “And we make sure that anyone has their temperature checked. People are washing hands, they’re using hand sanitizer.”

The senior adviser was unable to explain why Trump went to a fundraiser at his New Jersey golf club even after learning that Hope Hicks, a close aide with whom the President was in close proximity to in recent days, had tested positive for the virus on Thursday.

This story has been updated with additional comments from Jason Miller.