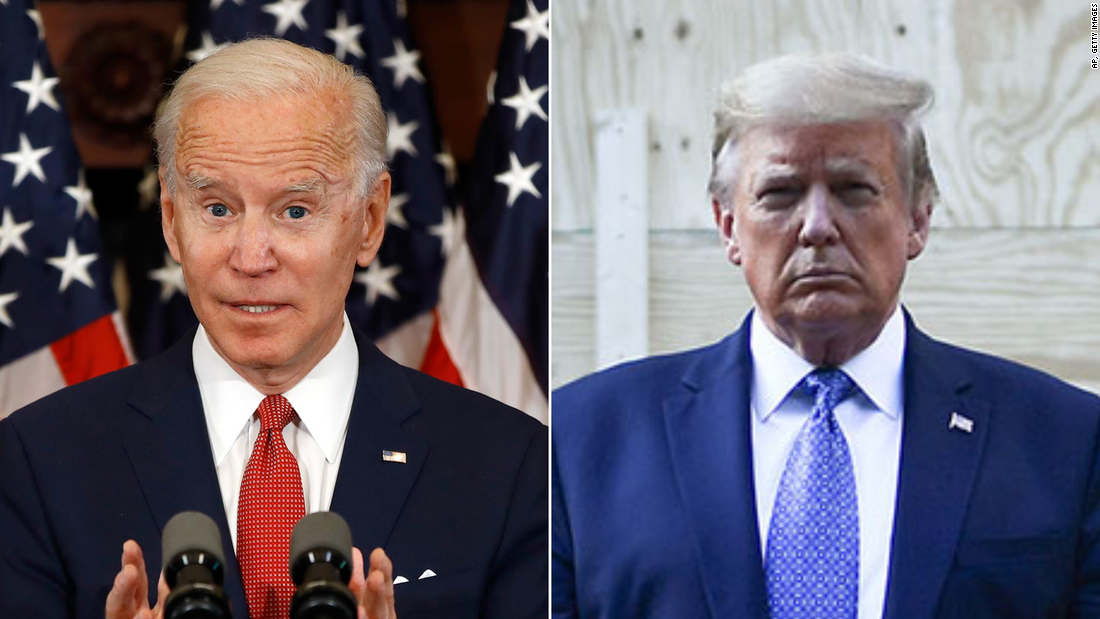 Trump’s campaign and the RNC announced on Wednesday night that their joint fundraising committees raised more than $165 million in July. That bests Biden and the DNC’s haul of $140 million in July.

However, Biden and the DNC ended the month with $294 million on hand, the former vice president’s campaign said Wednesday. That’s just $6 million fewer than the more than $300 million that the Trump and RNC reported having on hand.

Trump’s campaign has been a fundraising juggernaut, raising more than $1.1 billion in the past two years, and typically outpaced Biden and other Democrats in the amount of money available to them. However, Biden’s campaign — through reduced spending and a series of strong fundraising months in which the former vice president and the DNC outraised Trump and the RNC — has managed to close the gap.

The Trump campaign said the July fundraising total was the largest ever for the President’s reelection effort and was more than was raised in any single month during the 2016 campaign.

The Trump campaign had raised $131 million in June. The campaign said their fundraising largesse has allowed them to recently announce the hiring of more than 300 additional field staffers.

“The enthusiasm behind President Trump’s reelection continues to grow as July’s massive fundraising totals prove,” said Bill Stepien, Trump 2020 campaign manager. “Voters express their support for President Trump in many different ways and donating to his campaign is one of the most personal, because they feel invested in his successes and the future success of the country. The President’s support continues to increase while Joe Biden just posted a down fundraising month from his basement.”

Biden’s figure is virtually identical to what he and the DNC raised in June. He touted the fundraising figures during a virtual fundraiser Wednesday hosted by Atlanta Mayor Keisha Lance Bottoms, saying his campaign has raised $18 million so far in August, as well.

Biden ended June with $242 million on hand to Trump’s $295 million, and Biden outraised Trump by $10 million in June — the second straight month his fundraising total had surpassed the President’s, a rare feat for a challenger that coincided with Biden developing a clear lead in national and swing-state polls.

Biden’s campaign earlier Wednesday had detailed a $280 million advertising program aimed at 15 swing states — with $220 million planned for television ads and another $60 million for digital spots.

In a statement, Biden campaign manager Jen O’Malley Dillon called July “another lights-out month” and noted that Biden’s cash-on-hand figure grew by about $50 million over the month.

“Fueled by our growing community of grassroots supporters, we are rapidly expanding our operations around the country to create many paths to the 270 electoral votes we need to defeat Donald Trump this fall and win the battle for the soul of our nation,” she said.