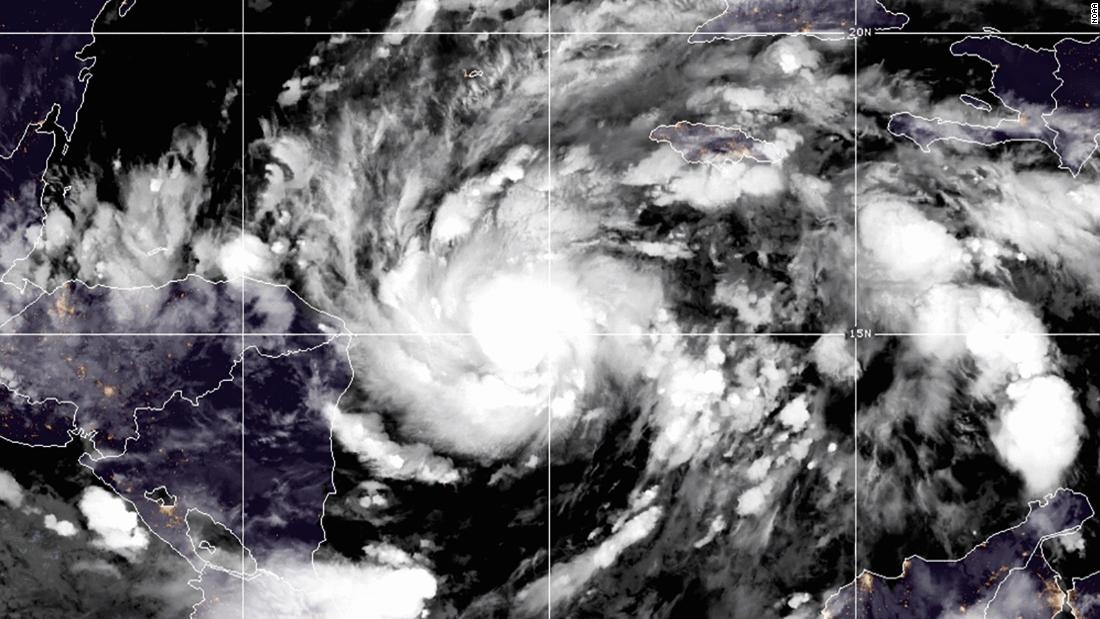 Sustained winds from Eta are 70 mph, just 4 mph shy of a Category 1 hurricane. The storm is moving west towards Central America at 13 mph, according to a Sunday night update from the NHC, and is forecast to make landfall in Nicaragua as a possible Category 3 hurricane late Monday night into Tuesday morning.

Heavy rain will result in “catastrophic, life threatening flash flooding,” as well as landslides, dangerous storm surge and damaging wings, according to the NHC.

Eta’s center is expected to approach the northeastern coast of Nicaragua Monday afternoon, and make landfall early Tuesday with winds of up to 115 mph before moving inland over northern Nicaragua through early Wednesday, according to NHC.

“Eta is forecast to be a major hurricane when landfall occurs by early Tuesday,” NHC said.

The biggest threat from the storm will be heavy rainfall with estimates of 15 to 25 inches, and isolated amounts up to 35 inches in Nicaragua and Honduras.

Life-threatening storm surge along the Nicaraguan coastline is expected to be up to 15 feet above normal tide. Extremely strong winds will impact areas from the coast towards the mountains.

The wind and storm surge threat will diminish throughout the day on Tuesday, but the rain will last well into the week.

Heavy rain will spread throughout Central America, where areas from southeast Mexico down through Panama could see rain accumulations up to 25 inches.

The current forecast has the storm meandering the mountains of Nicaragua and Honduras before heading north towards Belize as a depression by Friday. The track and intensity of the storm remains uncertain after Friday and will be closely monitored.

Eta is the 28th named storm of the active 2020 hurricane season and ties the record for the number of named storms in a single season set back in 2005.

The storm has the potential to be one of the worst flooding events Nicaragua has seen since Hurricane Mitch in 1998, which killed over 10,000 people.