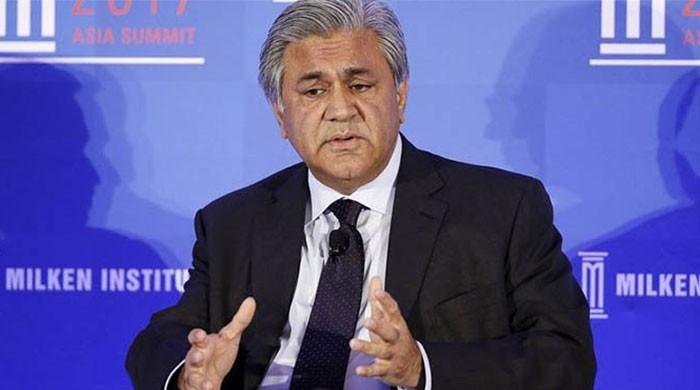 LONDON: Abraaj Group founder and ex-CEO  Arif Naqvi won’t receive a fair trial in the United States, a expert witness to the court in the Pakistan business magnate’s extradition hearing  on Monday.

Expert witness and lawyer Michael Baldassare told the Westminster Magistrates’ Court Naqvi will be denied basic human rights if extradited to the United States because of “inhumane prison conditions”.

Baldassare told the court that the situation at the Essex County Correctional Facility (ECCF) is “chaos”.

Earlier, Naqvi’s lawyer  Barrister Hugo Keith had objected to the conditions at the Metropolitan Correctional Facility (MCC) in Manhattan and Metropolitan Detention Centre (MDC) in Brooklyn.

On Monday, the court heard that reports were only commissioned to find out how bad these prisons are after “catastrophic” events such as Jeffrey Epstein’s death at the MCC and a power breakdown at the MDC which resulted in prisoners experiencing subhuman conditions, Geo News reported.

It was said that although a prisoner had died by suicide at the ECCF last year, no investigation has been made public.

The court heard that the ECCF is in New Jersey which is two bridges and a tunnel away – at least an hour-long drive both ways from the SDNY courthouse.

Baldassare said: “Nobody wants to go to Essex County. People avoid it as much as they can.”

Mark Summers QC, who is representing the US, argued the timing is inaccurate.

Baldassare noted it would be very difficult for Naqvi to consult with his lawyers during the trial and that it is in itself a breach of his right to a fair trial.

Originally from Karachi, businessman Naqvi has argued before the extradition judge at the Westminster Magistrates’ that the USA should not be allowed to extradite him for trial in relation to the collapse of the Abraaj Group.

Naqvi was arrested in London in April 2019 on the request of US. He faces allegations of money-laundering, racketeering and fraud. The Pakistani national faces close to 300 years in jail on 16 counts if extradited to the US.