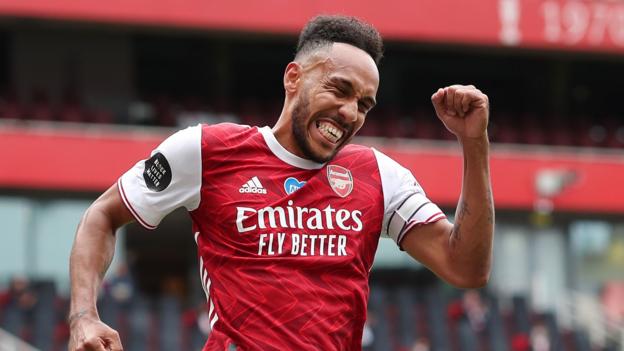 Arsenal and Gabon striker Pierre-Emerick Aubameyang, 31, is close to signing a new three-year deal at the club. (Telegraph – subscription only)

Lazio are confident of completing the signing of Manchester City and ex-Spain midfielder David Silva. The 34-year-old will become a free agent this summer. (Sky Sports)

Chelsea and Brazil winger Willian, 31, has agreed a three-year deal with Arsenal worth £100,000 per week. (ESPN)

Aston Villa assistant manager John Terry is on the shortlist for the vacant manager’s job at Bournemouth. (Metro)

Leeds are prepared to make an offer for 24-year-old Brentford and Algeria winger Said Benrahma. (Telegraph – subscription only)

‘It hurt so much I couldn’t help him’

Manchester United were interested in Netherlands defender Nathan Ake, 25, before he joined Manchester City from Bournemouth this week. (Sky Sports)

Bayern Munich and Germany centre-back Jerome Boateng says he “would not say no” to a return to the Premier League. The 31-year-old spent the 2010-11 season at Manchester City. (Guardian)

Leeds have tabled a £400,000 bid for Fulham’s 18-year-old English defender Cody Drameh, who has not made a first-team appearance for the Cottagers. (Mail)

Bournemouth’s Romanian winger Alex Dobre is set to sign for French club Dijon. The 21-year-old spent the second half of last season on loan at Wigan. (Bournemouth Daily Echo)