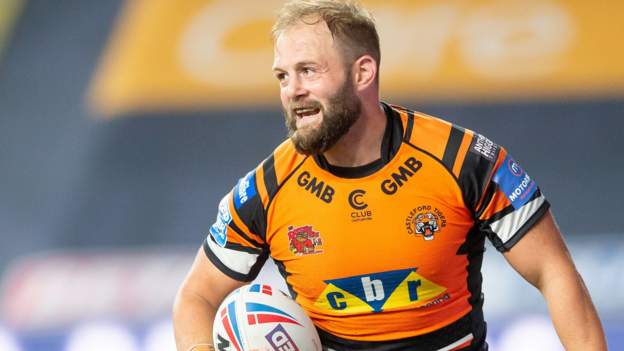 Castleford Tigers’ Paul McShane has been named as the winner of the 2020 Steve Prescott Man of Steel award.

The 31-year-old was in inspired form this season, despite his side finishing eighth in Super League, appearing in every game.

He is the fifth Castleford player to receive the prestigious award.

Wigan duo Bevan French and Liam Farrell had also been in contention, along with Huddersfield’s Aidan Sezer and St Helens full-back Lachlan Coote.