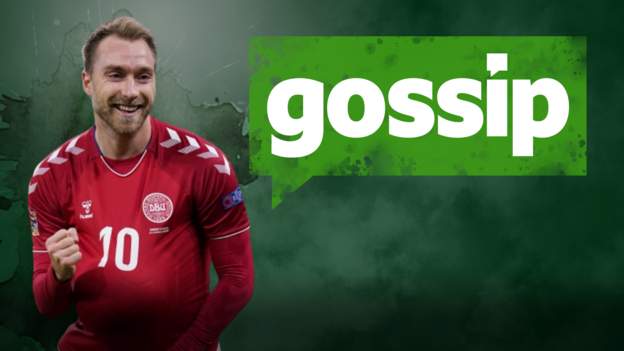 Arsenal have been offered the chance to sign Inter Milan’s Christian Eriksen in a cut-price deal just 10 months after the Denmark midfielder, 28, left rivals Tottenham. (ESPN)

Arsenal are looking at signing Hungary midfielder Dominik Szoboszlai from Red Bull Salzburg and loaning him back to the Austrian club in a bid to beat RB Leipzig to a transfer for the 20-year-old. (Football Insider)

French defender William Saliba, 19, is willing to sacrifice £90,000 a week to secure a loan move away from Arsenal in January. (Mirror)

West Ham’s England midfielder Declan Rice, 21, says it is “an important thing to win trophies” amid speculation of a bid from Chelsea in January. (Metro)

Former England midfielder Jack Wilshere, 28, says it “would be a dream” to rejoin Arsenal after being released by West Ham. (Sun)

Celtic are interested in signing Uruguayan winger Diego Laxalt, 27, on a permanent deal from AC Milan. (Calciomercato – in Italian)

Sheffield Wednesday are lining up a move for ex-Leicester forward Ahmed Musa, with the Nigeria international, 28, now a free agent after being released by Al Nassr. (Football Insider)

Real Madrid target Eduardo Camavinga has sparked a war of ‘super agents’, the Rennes and France midfielder, 18, having broken ties with his representative. (AS – in Spanish)

‘Super agent’ Mino Raiola says that 300 players may join Zlatan Ibrahimovic and Gareth Bale and take legal action against EA Sports’ use of their likeness in their Fifa video game. (Telegraph – subscription only)

Napoli are considering renaming the San Paolo Stadium in tribute of the late Diego Maradona, who died on Wednesday. (Independent) 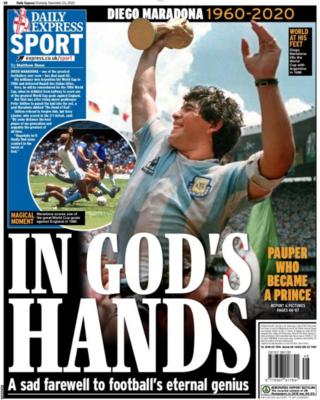