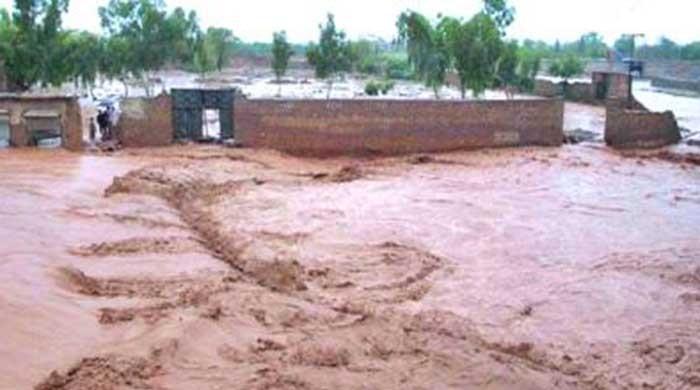 QUETTA: Heavy rain in Balochistan has killed at least three people as a flood-like situation forms in the province.

Balochistan government spokesperson Liaquat Shahwani in a statement said a flood-like situation was forming in the province, with dams overflowing due to persistent rain the province for the last two days.

The MET Office on Friday had issued a weather advisory for more rain in the province till Sunday morning.

“More rain/wind-thundershower is expected in most parts of Balochistan from Friday to Sunday morning. Heavy falls are expected in Kalat, Khuzdar, Lasbella, Awaran, Panjgur, Ketch and Gwadar during the period,” the MET Office had said.

It had added the heavy downpour may generate flash flooding in local nullahs, advising all concerned authorities to remain on alert.

Shahwani added that the chief minister was supervising the situation and that tents and other aid was being sent to affected areas. “We are working on opening Gawadar, Bolan and other roads,” he added.

The Met Office on Thursday had forecast heavy rainfall in Sindh, South Punjab and eastern parts of Balochistan from Friday till Saturday along with a warning of urban flooding for Karachi and Hyderabad.

According to the MET Office, a monsoon low pressure from the Bay of Bengal had approached Sindh on Thursday evening or night. “Under the influence of this weather system strong monsoon currents are expected to penetrate in Sindh, South Punjab and Eastern Balochistan from Thursday (evening/night) to Saturday,” the MET Office said.

The MET Office had also warned that the heavy downpour may result in urban flooding in Karachi and Hyderabad, with around 100 to 130 millimetres of rain expected in Karachi.