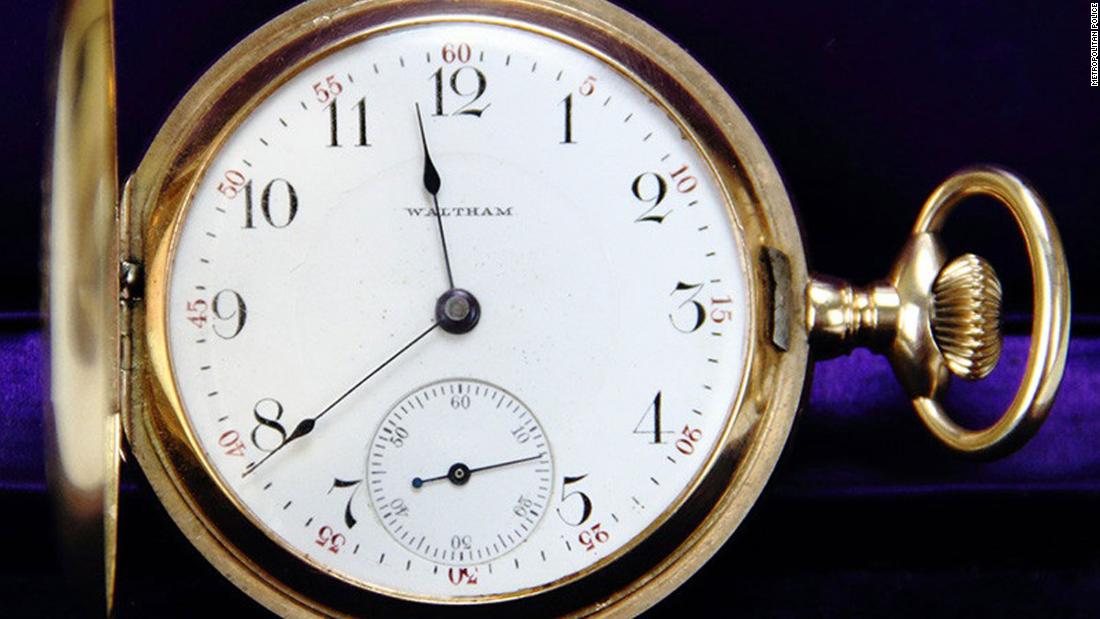 A pocket watch worth up to nearly $27,000 that was presented by US President Woodrow Wilson has been stolen from an antiques dealer in London, police have said.

Police said a man entered the antiques dealer in Pierrepont Arcade, in Islington, north London, and said he wanted to buy a vase.

His card payment for the vase failed, and police believe the man opened a display cabinet and stole the watch while the shop worker put the vase back in its place.

The watch is made of 14 carat gold and was gifted by Wilson.

On the front you can see the Great Seal of the US, which depicts an eagle, while on the back there is an engraved message from Wilson.

The front of the watch carries an embossed Great Seal. Credit: Metropolitan Police

“From the President of the United States for Charles J Lawrenson, master of the British steamship Nubian in recognition of his humane services in effecting the rescue at sea on March 7, 1914 of the master and crew of the American schooner Julia A Trubee,” reads the message.

The police force released photos of the watch as well as an image of a man they want to speak to in connection with the crime.

“The owners of this watch are very distressed,” said police officer Joshua Brown in the press release. “The item had been in their family for a long time and I would urge the person who stole it to return it as soon as possible.”

Wilson was the 28th president of the US from 1913 to 1921. He previously had been the president of Princeton University and the governor of New Jersey.