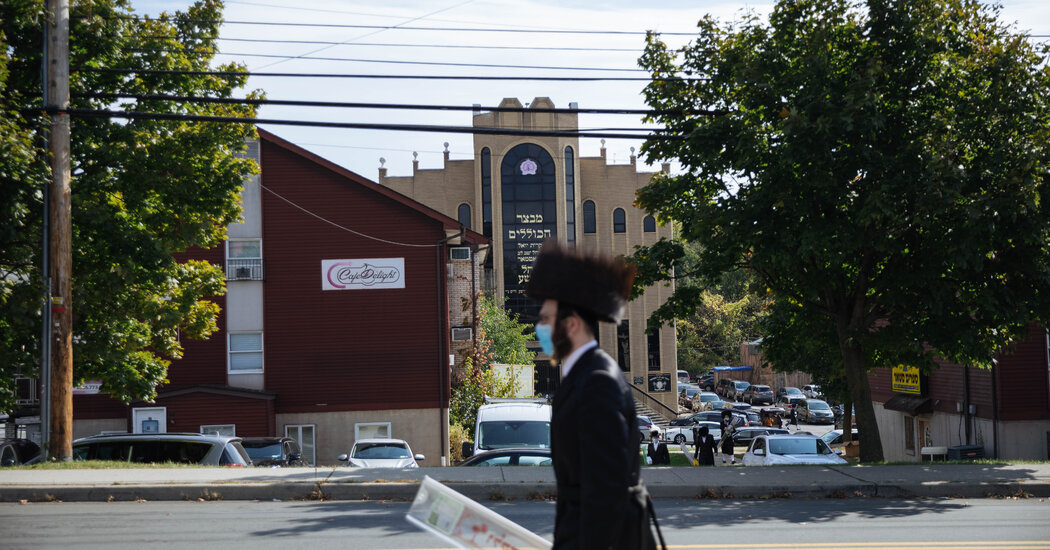 To fight the pandemic and disseminate crucial information to the public about the virus’s spread, officials and experts proudly tout their reliance on data. Charts, tables and maps display hot spots, school closures, positivity rates and more.

It is a wealth of information. But to what degree does data accurately reflect reality?

The question has become particularly salient in Orange County, the suburban area about 65 miles north of New York City where a skyrocketing case count in mid-October prompted a state-imposed lockdown and drove the positivity rate in an ultra-Orthodox Jewish village up to 34 percent. Two weeks later, the rate has dropped to 2 percent, and restrictions in the area have been eased.

But the local health commissioner, Dr. Irina Gelman, said she had doubts about the suggested decline. She said that some people in the community would not agree to be tested, despite reporting symptoms or exposure to the virus.

Some members of the ultra-Orthodox community rejected the idea that there was any effort to manipulate the positivity rate.

“Always in everything, ‘It’s the Jews’ fault,’ they are trying to pin everything on us,” said Moshe Brach, an ultra-Orthodox liaison for the Orange Regional Medical Center in Middletown, N.Y., and a volunteer emergency medical technician with the Hatzolah ambulance service.

[Experts are questioning whether officials are tracking the virus effectively.]

For months, the virus seemed to be in check in New York.

But in October, a surge in cases in Orange County, as well as in Brooklyn, Queens and other communities with large populations of ultra-Orthodox Jewish residents, raised fears of a second wave of the pandemic.

Gov. Andrew M. Cuomo announced a series of restrictions until the situation improved: Nonessential business and schools were closed, and houses of worship faced limits on capacity.

Then, in mid-October, urgent calls from doctors came to the Orange County health department.

“Some patients are refusing testing because they do not want D.O.H. bothering them,” a doctor said in a message for the county health commissioner on Oct. 13.

A caller to a state complaint hotline said in a message, “I would also like to report that there is a widespread effort from the community’s leadership to discourage Covid testing.”

The positivity rate has become one of the most recognizable metrics in understanding the pandemic. But public health experts emphasized that the rate does not indicate the percentage of people in a specific area who are infected — rather, it indicates the infection rate among those who have been tested.

That means that when the amount of testing in a community increases or decreases, the rate can fluctuate. Selectively choosing who does and doesn’t get tested can also affect the rate.

“When a measure becomes a target, it ceases to be a good measure,” said Rebecca Lee Smith, an associate professor of epidemiology at the University of Illinois who helps run the university’s Covid-19 control strategy. “Once you have put out a single measure as a target, people will figure out how to game that measure.”

Drastic drops in the positivity rate are unusual, said Dr. Jennifer Nuzzo, an epidemiologist at the Johns Hopkins Center for Health Security.

“If public health measures are seen as punitive,” she said, “you will drive cases underground.”

Dr. Gelman said she requested that the state health commissioner approve an order that would require doctors in Orange County to report cases where people with Covid-19 symptoms decline testing.

The governor’s office also defended its use of the positivity rate data in easing restrictions, saying that in making that decision, it had also considered the number of hospitalizations and the testing volume, and had consulted with the local health department.

The Lithuanian collector filled a warehouselike space in Chelsea with more than 3,500 artifacts related to the K.G.B., the Soviet Union’s intelligence agency and secret police. “My daughter and I have invested a lot of work, energy, heart and many years of collecting artifacts,” Mr. Urbaitis, 57, wrote in an email last week.

But now that dream is dashed.

Mr. Urbaitis said that the K.G.B. Espionage Museum, which opened less than two years ago, is closing permanently and putting up for auction almost its entire collection after the pandemic made its operations unsustainable. The museum has been shut since March.

Martin Nolan, the executive director at Julien’s Auctions, which plans to conduct the sale in Beverly Hills, Calif., in February, said the museum’s collection includes more than 300 lots estimated to fetch anywhere from a few hundred dollars to $12,000.

“The exhibits will go to the museums of the world and to the hands of serious, authoritative and rich collectors,” Mr. Urbaitis said.

My friend Charles and I attended the Bronx High School of Science in the 1950s, where Maurice Silver was our Spanish teacher.

He was a natty dresser who wore three-piece tweed suits and colorful neckties that Charles said were Bronzinis and Countess Maras, very expensive brands. (I didn’t know about such luxuries at the time; Charles evidently did.)

One day, as we were leaving class, Charles approached Dr. Silver.

“I really like your Bronzini and Countess Mara ties,” he said. Dr. Silver appeared to be a bit surprised, but he managed a smile and thanked Charles for the compliment.

In 1983, our class (1953) had a reunion at the Waldorf Astoria, and we invited our teachers from three decades earlier to join us.

When Charles and I saw Dr. Silver emerge from an elevator, we went to greet him.

Seeing us, he unbuttoned his jacket, put a hand to his vest, lifted out his tie and waved it at us.

We’re experimenting with the format of New York Today. What would you like to see more (or less) of? Post a comment or email us: [email protected].