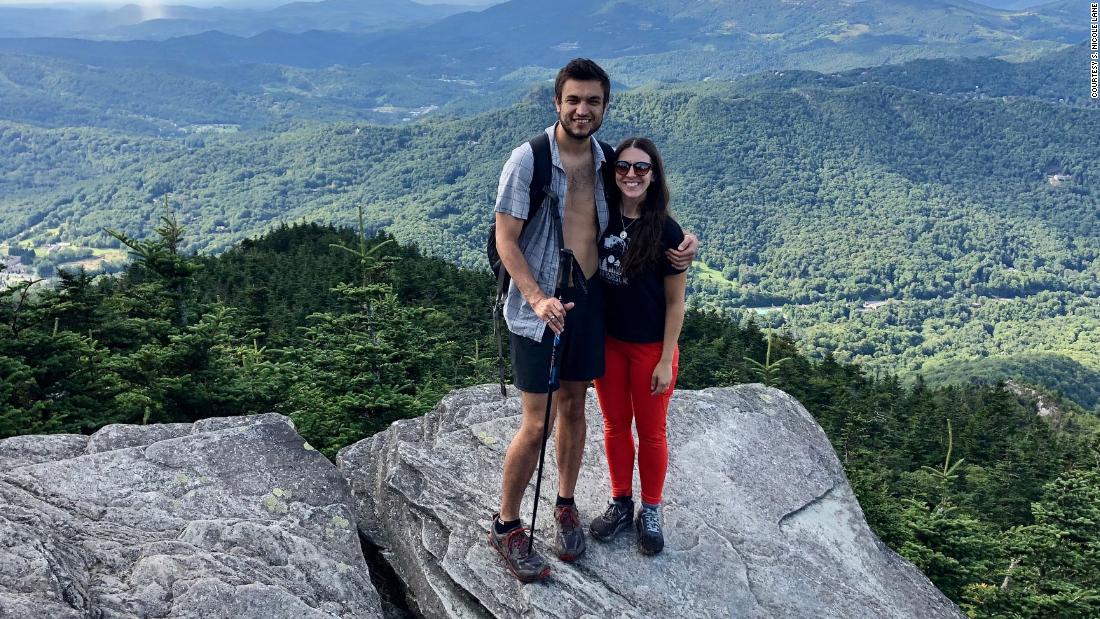 “We both work pretty demanding jobs, so our days off were spent in a whirlwind,” she said. “I think many of our fights and arguments were fueled by alcohol.”

During pandemic lockdown earlier this year, the Chicago couple started hiking together, often covering as many as 20 miles in a single day on the trails. “I don’t think we went into hiking saying, ‘This will help our relationship,’ but it’s really brought us a lot closer and more comfortable with one another,” she said.

“In conjunction with cutting out our previous vices and introducing a new obsession, I think it’s made our bond much stronger and our love much deeper,” Lane said. “It’s made me realize that I want him as my long-term partner even more so because we can get through really stressful experiences and feel great afterwards.”

In these trying times, many couples have been pushed to the brink and decided to separate or divorce. Others are navigating the wild ride of sex and the pandemic. Then there are the couples who have found a way not only to survive but get closer despite all the stresses of this year’s many challenges. Here are tips on how to make your own relationship thrive.

Couples introducing novelty into their relationships at this time of extended togetherness are onto something, according to Pepper Schwartz, a professor of sociology at the University of Washington.

“People are saying, ‘We love each other, but it (the pandemic) is too much,'” she said. “There needs to be some third entry into (the relationship). A task, a course, new things to talk about and feel good about.”

Instead of letting the stress of the pandemic make them implode, Schwartz said, successful couples are getting creative when it comes to introducing new interests into their lives, both together and alone. “I know a couple who started a chicken coop and researched exotic chickens. It had been something like a joke between them before.”

“Instead of sinking into a depression, figure out something else to feel good about, either separately or together,” she said.

That’s not to say you should buy chickens or sell all your belongings and move to the Maldives together. It could be as simple as taking the dog out on an extended route or going for a walk in the woods. “The desire to get outside into nature is almost a primordial drive,” Schwartz added.

For American Ruth Terry, 39, and her partner of almost 10 years, the idea of locking down in their 400-square-foot apartment in Istanbul earlier this year was initially alarming.

“Mostly, I was afraid I was going to make him crazy,” she said. “He needs his alone time, and that was already hard to come by in such a small place.”

The couple worked to communicate more about things like dividing the housework and also memorized each other’s schedules for work-from-home tasks so they could sync better in such tight quarters, she said.

Terry and her partner also put into action an important lesson they’d learned earlier in their relationship during couples therapy, which is “not to assume anything,” she said. “We are wired so differently that there can be a lot of misunderstanding when we guess what the other one is thinking, even after being in a relationship so long.”

That communication is key, according to Diana Wiley, a Seattle-based licensed marriage and family therapist and sex therapist, who stressed the importance of putting your relationship first right now, as challenging as it might be.

“Successful couples right now are prioritizing their relationships,” said Wiley, author of “Love in the Time of Corona.” “They’re showing their feelings and making time for themselves. Divorce-proofing your marriage or relationship against the pandemic involves being considerate and staying in communication.”

As a general rule, she said, when working on your relationship, “talk less and listen more.”

“As human beings, we have a universal need to be heard and understood and validated,” she said. “And sometimes we have people busy stating their own position, and it’s hard for them to genuinely hear or be curious about their partner’s thoughts and feelings.”

With the holidays approaching, said Wiley, couples can expect the usual festive season stressors to be compounded by the pandemic.

“Many couples are recalibrating their holiday plans,” she said. “With the pandemic raging, many have replaced the busyness of having too much to do during the holiday season with uncertainty and the loss of routine and tradition.”

She suggested couples reprioritize their holiday plans in a fun, creative way — perhaps creating new traditions that can relieve holiday consumption, which is “often a proxy for emotional connection.”

Lane said that she and her boyfriend usually spend Christmas and New Year’s Day apart from each other, visiting their respective families, which they plan to do again this year.

But they’re prioritizing time together leading up to the holidays by renting a cabin in a remote location for a few weeks before saying their temporary goodbyes.

“I think it’s important for me to spend a lot of quality time with him before we separate for a month or so,” Lane said. “I actually feel more calm going into the holidays this year than I ever have before.”

Opinion: Amanda Gorman reminded America what poetry can do