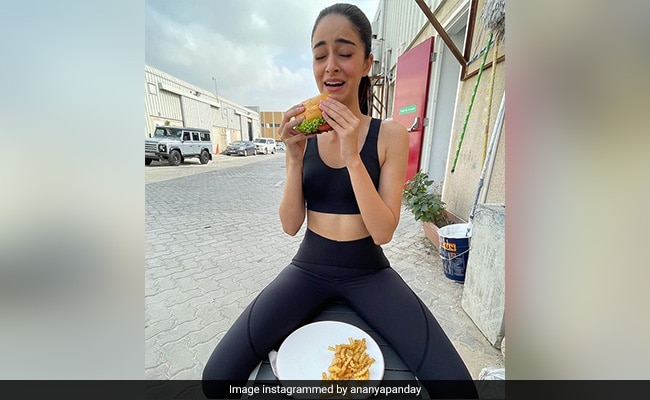 Ananya Panday might be a fitness enthusiast on most days but she desperately waits for Sundays to reunite with her ‘bae’urger (pun intended). The actress, in her latest Instagram post, summed up the universal feeling (of happiness) that one gets after a much-needed cheat meal. Ananya posted a few pictures from Dubai, in which she can be seen devouring a burger and some curly fries. Her expressions in the pictures aptly sum up her emotions. Her thoughts explained in this caption: “Literally me every Sunday when I’m reunited with my burger (bae).” Ananya’s mom Bhavana Panday wrote “Crazy,” in the comments section.

The actress was last seen in the film Khaali Peeli, opposite Ishaan Khatter. The film released on streaming platform ZeePlex. Ananya Panday has also signed a film opposite Deepika Padukone and Siddhant Chaturvedi, which will be backed by Karan Johar’s Dharma Productions. Other than films, Ananya Panday also has a digital social responsibility initiative called ‘So Positive,’ which she launched last year.