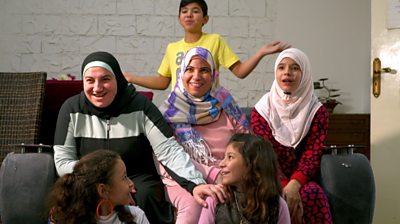 An architect and his team have been rebuilding houses for free, in the poorer areas of Beirut which were also some of the worst affected by the 4 August explosion, because of their proximity to the port.

Joe Salloum, who says the Lebanese government isn’t providing enough help to those who lost their homes, has renovated 22 houses in Karantina, and built a new children’s centre.

The Isamaelat family, whose home was destroyed in the explosion, told the BBC their story.