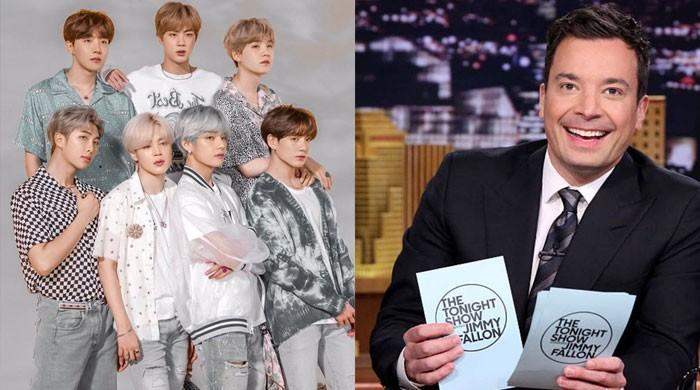 With the five-day appearance of BTS coming to an end, Tonight Show host Jimmy Fallon took to the internet to thank its ARMY for a successful run.

During their five-day appearance, the Dynamite stars overtook ratings and social media with their funny skits, performances and interviews and all was made possible due to BTS’s loyal fanbase.

On the last day of their appearance, the TV show host shared his delighted thoughts regarding the experience and even thanked the group’s fan group for their monumental hand in making it all a hit.

In his collection of tweets, Fallon claimed, “I want to sincerely thank BTS for choosing to spend a week with us. And to the Army…what can I say? You are a dream. You complete the picture. Keep shining. xo Chimmy.”

Later on, in a separate tweet through the show’s official handle the beloved host claimed dedicated a post for the group’s fans and it read, “They’re some of the most loyal, positive and fun fans that you could ever dream of and I just want to say thank you to all of them: Chimmy Fallon loves you!”

For the unversed, Chimmy is actually Fallon’s name, adopted from Jimin’s BT21 character, the host took up the name after bonding with BTS’s Jimin.