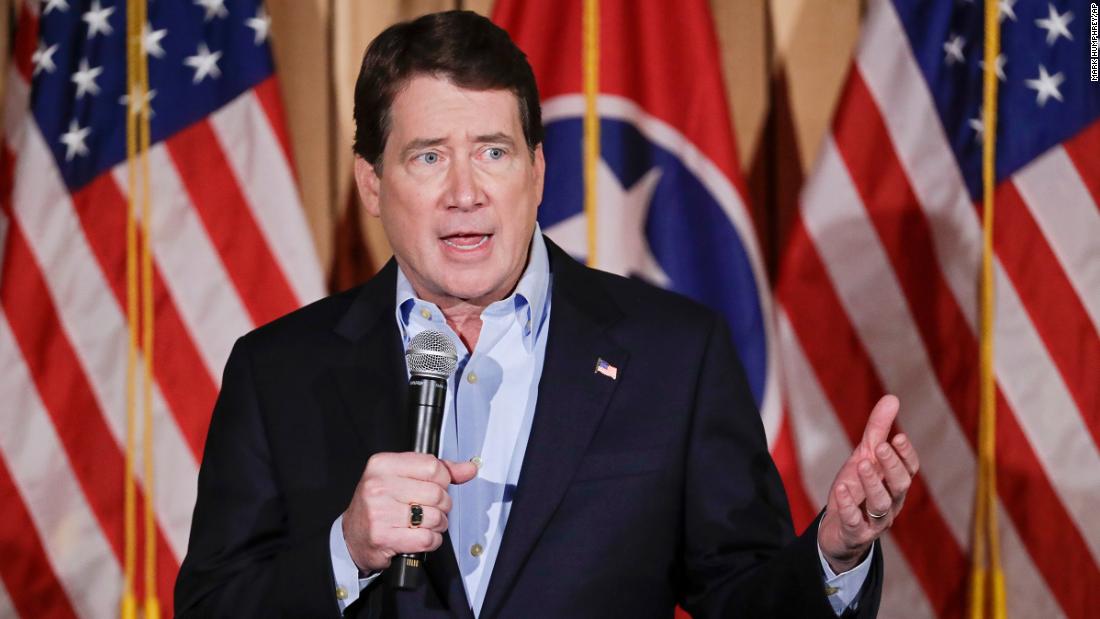 But the GOP’s primary election on Thursday to replace retiring Sen. Lamar Alexander has turned into a bitter, competitive contest between Hagerty and a conservative challenger, Dr. Manny Sethi, over who can be Tennessee’s Trump.

Hagerty and Sethi have campaigned as Trump loyalists, even though they’ve both found things in each other’s backgrounds to try to suggest otherwise. Hagerty founded a private equity firm and served as the state’s economic commissioner under former Republican Gov. Bill Haslam. Sethi, who talks about being the son of first-generation immigrants from India, is an orthopedic trauma surgeon at Vanderbilt University Medical Center who founded the non-profit organization Healthy Tennessee.

Trump himself has intervened in the primary, reminding voters of his endorsement in a tweet last week and agreeing to a tele-town hall with Hagerty on the eve of the primary. In announcing the event, Hagerty called Trump “America’s greatest President.”

The divisive race has extended to the Senate Republican conference. Texas Sen. Ted Cruz and Kentucky Sen. Rand Paul have stumped for Sethi. And the Protect Freedom PAC, a group aligned with Paul, has spent over $1.2 million on ads supporting him. In one spot, Paul says directly to the camera, “Tennessee is too conservative a state to keep sending Democrats in Republican clothing to represent Tennessee.”

Tennessee Sen. Marsha Blackburn and Arkansas Sen. Tom Cotton have taken Hagerty’s side at campaign rallies, saying he will stand with Trump. “Bill is pro-life, he is pro-gun, he is pro-family, he is pro-small business and he is pro-conservative values,” Blackburn said in a recent video posted on Twitter.

The race has tightened in recent weeks. Of the 15 Republican candidates, Hagerty has spent by far the most on advertising, buying over $5 million worth of airtime, according to Kantar’s Campaign Media Analysis Group. Most of that has been spent since June. Sethi has spent over $2.6 million and Dr. George Flinn, another GOP candidate, has spent over $1.5 million. The expected Democratic nominee, attorney and former Army helicopter pilot James Mackler, has spent only around $160,000 on ads. Tennessee is a dep red state that Trump carried by 26 points in 2016. Inside Elections with Nathan L. Gonzales rates the general election Solid Republican.

But as for the GOP primary, Tom Ingram, a longtime Tennessee Republican strategist, told CNN, “The best I can tell is it’s too close to call.”

While the eventual GOP nominee hopes to succeed Alexander, a workhorse legislator who left a leadership position to focus on education and health care policy, the race has turned into a series of personal attacks.

Hagerty and Sethi spent much of two recent separate interviews with CNN sharply criticizing the other. Hagerty called Sethi a “phony conservative” who supported Trump only when it was “convenient.” Sethi tagged Hagerty as a “Mitt Romney Republican,” trying to use Hagerty’s decades-long friendship and campaigning for the former GOP presidential nominee against him. Hagerty defended himself from associations with the Utah senator and Trump critic, criticizing Romney for marching with Black Lives Matter protesters.

“You’ve got senators like Mitt Romney, who, frankly, have lost their way,” Hagerty said.

Hagerty also attacked Sethi for making a $50 donation to a family friend through the online campaign donation portal ActBlue, for receiving a Robert Wood Johnson Foundation grant and for applying for a nonpartisan White House fellowship during the Obama administration to portray his opponent as a Democrat who supports gun control and former President Barack Obama. Sethi responded that the charges were laughably false desperate attacks from a “Washington insider.”

“They’re in deep trouble, and they know it,” Sethi said.

He has suggested that Hagerty is a fan of the Black Lives Matter movement after a brokerage firm whose board he served on expressed support for it. Hagerty subsequently resigned from the board and told CNN that Black Lives Matter is “a Marxist organization” that is “against the nuclear family” and “anti-Semitic.”

Despite the sparring between them, there may not be much politically different between the two leading candidates.

“Both candidates are not very well known, and they have battled over who is ‘too liberal’ for Tennessee,” Vanderbilt University political science professor John Geer, the dean of the College of Arts and Science, told CNN. “The truth is, both are conservative and there is little difference between them other than Sethi being more of an outsider. Hagerty rested too much of his campaign on the Trump endorsement.”