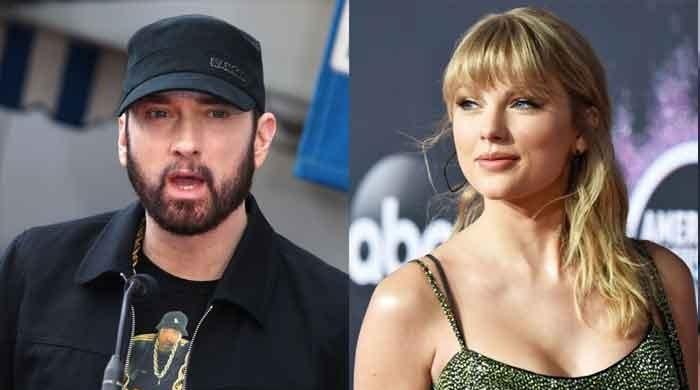 Several posts accompanied a clip of Swift’s interview during which the singer praised Eminem’s “Lose Yourself”.

Taylor Swift was named artist of the year at the American Music Awards on Sunday and won two other trophies in a ceremony held live in Los Angeles amid tight coronavirus curbs.

It was Swift’s record sixth win of the top prize at the fan-voted show, although she was absent from the ceremony and thanked fans on video for their support of her surprise lockdown album “folklore.”