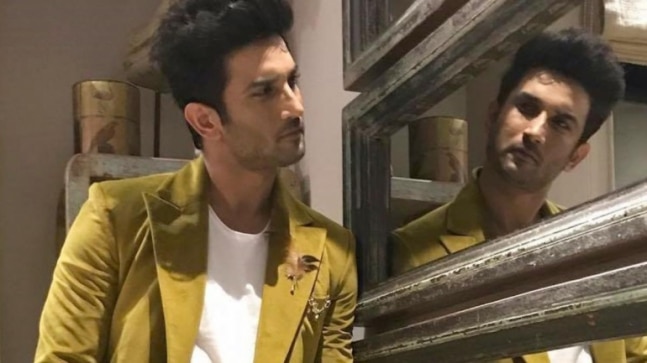 Mumbai Police Commissioner spoke to the media in a press conference where he shared details about their investigation, as well as clarified doubts regarding the ill-treatment of the Bihar Police. He said that Sushant Singh Rajput was upset after his name was linked to the death of his ex-manager Disha Salian. Disha died 5 days before Sushant, a case of accidental death was registered. In addition, it was revealed that Sushant would search for articles and his name on Google to find out what was being written about him. He would also search for “painless death”, “schizophrenia” and “bipolar disorder”.

The Mumbai Police Commissioner said, “Sushant Singh Rajput was searching his name for around two hours” the night before his death.

Sushant’s ex-manager Disha Salian died just 5 days before Sushant. A case of accidental death was registered in case of Disha. Mumbai Police said, “A party was held the night before at Disha Salian fiancee’s residence. She committed suicide at 3 am, it was verified through CCTV footage that was analysed. Five persons were present at the part including Disha’s fiancee. Four others were present, but no political leader.”

The Mumbai Police further said, “Bihar police has no jurisdiction to investigate this case, we are seeking legal opinion on that. We have not given clean chit to anyone, but the complainant [referring to KK Singh’s complaint] has not come to us.”

He also added, “We have no role in quarantining any officer, its the BMC that has acted on it. Speaking about Sushant’s family filing the FIR in Patna, they said, “Family in their signed statements on 16 June and has said that there was no suspicion on anyone.”

Rhea Chakraborty, living with Sushant Singh Rajput, left his home on June 8. Speaking about that, he said, “Rhea left Sushant on June 8 and left because she was also depressed, her mental condition was also not normal and that’s why she left.” Sushant’s sister also left on June 13, and they added, “Sushant’s sister left on June 13 because her daughter was alone and she had her exams which she said in her statement.”

Rhea and Sushant’s relationship has also been under scrutiny. Sharing details about their findings, the Mumbai Police Commissioner said, “Rhea had some disputes with Sushant’s family. We recorded Rhea’s statement twice. We examined if there was a troubled relationship. She shared how they met. She has shared about his mental illness and also incidents [pertaining to that]. Doctors’ prescription was also shared. We have verified everything about Europe tour.” It was reported that the duo went on a Europe tour last year in October, and since their return, Sushant had not been keeping well.

Mumbai Police also clarified that they tried to speak to Suhant’s family again but to no avail. “We had called Priyanka Singh, Sushant’s sister was called again. But her husband Sidharth said she was not in a mental state to record her statement.”

Sushant Singh Rajput was found hanging at his Mumbai home on June 14. The last rites of the actor were performed in Mumbai. On July 26, Sushant’s father KK Singh filed a complaint against his girlfriend, Rhea Chakraborty.

A team of police officials have come to Mumbai from Patna to investigate the case. IPS officer Vinay Tiwari reached Mumbai on Sunday. However, he was home quarantined by BMC in Mumbai late night on Sunday.

ALSO READ | Ankita Lokhande: When Rhea Chakraborty saw Sushant Singh Rajput was not well, why did she leave him?