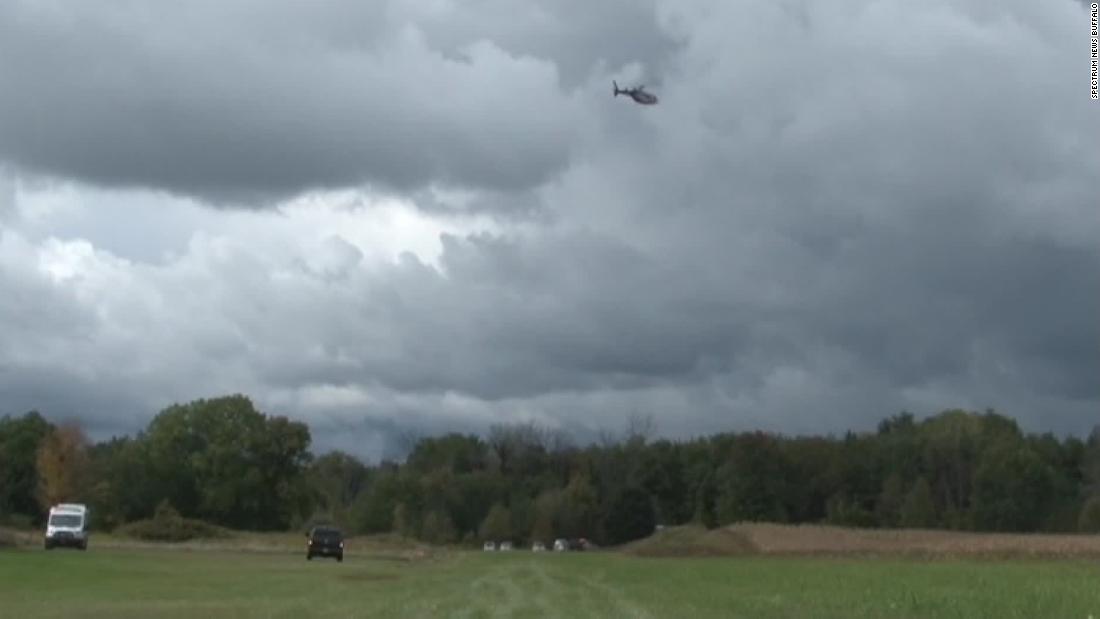 Police responded to a 911 call about a possible crash at 11:46 a.m. Friday near Pembroke, east of Buffalo, New York, according to the Genesee County Sheriff William A. Sheron Jr.

“It sounded like a loud winding noise as the plane was then observed going over a wooded area, [and] dropped from the sky. There was a loud crash and a fireball.”

“Then my mom yelled and I ran down the stairs and we looked out our window and there was this big plume of smoke and we didn’t see the plane go down, but we just felt it and saw the smoke.”

Law firm known for its jingle

Cellino & Barnes was identified with its commercials and phone number jingles.

They were known across much of New York for their catchy “Don’t wait, call 8” tagline, which even inspired a Saturday Night Live sketch.
In 2018, #cellinoandbarneschallenge went viral on Instagram.

“Steve and I worked together for many years at our firm. He was always a fearless advocate for his clients. His passing is a significant loss for the legal community. Steve’s greatest accomplishment was his three children Josiah, Rachel, and Julia. Steve is survived by his longtime partner, Ellen Sturm, also an attorney at our firm.

“Equally heartbreaking is the passing of Elizabeth Barnes, sister of Brian Barnes and daughter of Rich Barnes, Steve’s brother and an attorney at our firm. All of us at Cellino and Barnes are deeply saddened. My thoughts and prayers are with the entire Barnes family during this difficult time,” he said.

NTSB will not travel to the scene

The crash left a large crater in a heavily wooded area in the village of Corbu and spread pieces of aircraft for hundreds of yards, according to Sheriff Sheron.

“It’s pretty much disintegrated,” he said.

The single-engine plane, a SOCATA TBM-700, was its way from Manchester, New Hampshire, to the Buffalo airport, according to Sheron.
Ross Cellino’s attorney, Terry Connors, told CNN affiliate News Spectrum that the plane was registered to Steve Barnes and that Barnes was a registered pilot.

A TBM-700 can hold six or eight occupants, but it appears only two people were on board, according to Sheron.

The FAA has been on scene to investigate, Sheron said.

The National Transportation Safety Board told CNN it won’t be traveling to the scene of the crash, in part because of Covid-19 safety considerations.
The agency is investigating the crash, however, and expects to issue a preliminary report in the next few weeks, according to Christopher T. O’Neil, NTSB’s chief of media relations.

The cause of the tragic plane crash is not yet known.

All That We Have Lost