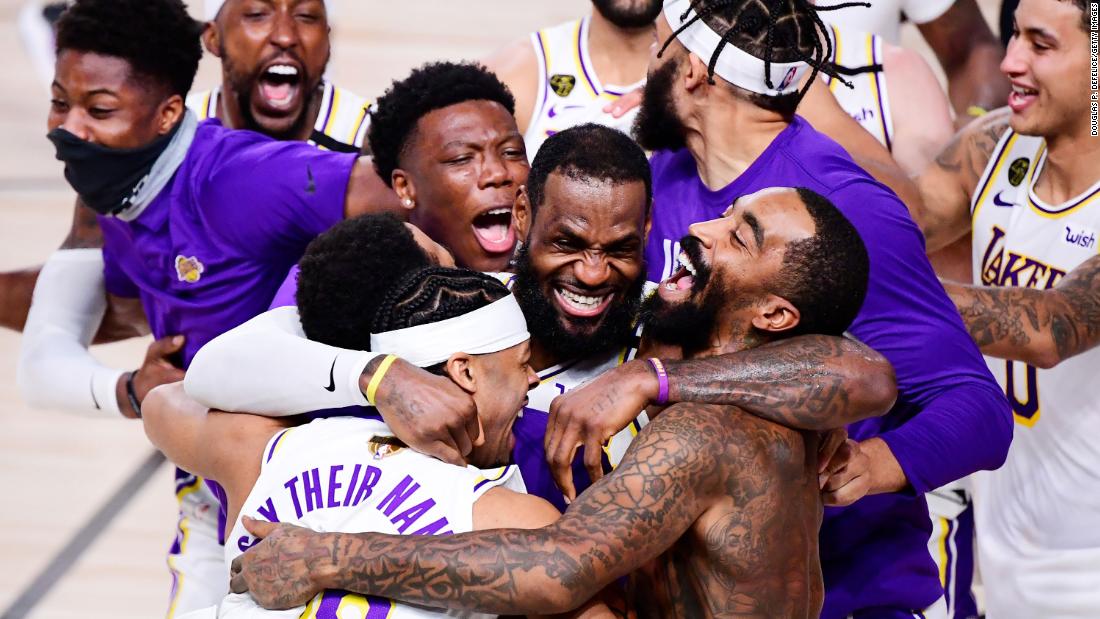 Fresh from lifting his fourth NBA championship, LeBron James is enhancing his reputation as a de-facto civil rights leader and stoking speculation about a possible political career when he hangs up his Nikes. And hours after slotting the winner in Manchester United’s latest Champions League game this week, star forward Marcus Rashford was taking on UK Prime Minister Boris Johnson’s Conservative government over his meals for kids campaign.
Sports icons have occasionally turned an athletic platform into a political one. In the 1968 Olympics, two US athletes, Tommie Smith and John Carlos, raised a black power salute. Quarterback Colin Kaepernick sacrificed his NFL career to take a knee to protest police brutality against African Americans. Tennis champ Naomi Osaka paid homage to victims of alleged police brutality at each of her seven US Open matches in September. But many more athletes, wary of getting caught in the political crossfire or jeopardizing their multimillion-dollar endorsement deals, retreat behind their walls of PR flacks and their gated communities.

James was instrumental in opening and helping to finance a public school for underachieving, mostly minority kids in his home town of Akron, Ohio. Now, after leading NBA players in their call for justice during the Black Lives Matter movement, the Los Angeles Laker is speaking out against historic suppression of the Black vote.

“We believe that Black people, our community, we’ve been pushed away from our civic duty. We’ve been fed misinformation for many years. And I’m in a position where I can educate people,” James told The New York Times.

Like “King James,” Rashford hasn’t forgotten where he came from. The 22-year-old has spoken of sometimes going hungry as a child in Manchester, during his campaign to force the government to provide free meals for low-income kids through the holidays. The Tory majority in the House of Commons voted against the move on Wednesday, but Rashford is refusing to give up.

“Put aside all the noise, the digs, the party politics, and let’s focus on the reality. A significant number of children are going to bed tonight not only hungry but feeling like they do not matter because of comments that have been made today,” he wrote on Twitter.

Both James — a longtime Trump foe — and Rashford have faced a backlash for their activity from head-in-the-sand critics who want sport to be a politics-free zone. But they’re showing that political power can be built in the paint and the penalty box as well as at the polls.

** Apologies to the reader who emailed to say they prefer no sports in Meanwhile — deep down, this one is really about politics.