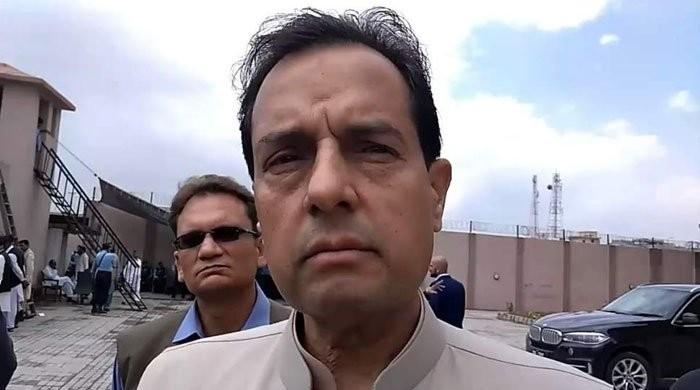 The Punjab police on Sunday have formed a special team to arrest Captain (retired) Safdar and other PML-N leaders after they were accused of using provocative and threatening words against state and administrative institutions  and in charges pertaining to a sedition case.

A case was registered in Gujranwala’s Satellite Town Police Station against Safdar and other PML-N leaders on Sunday. The complaint states that Safdar used these words during a meeting of the party leaders at PML-N MPA Imran Khalid Butt’s house.

The development comes a few days after PML-N vice president Maryam Nawaz had announced that the party will hold a rally in Gujranwala on October 16.

The government and opposition parties have traded barbs over the past few weeks ever since the latter formed the 11-party Pakistan Democratic Movement (PDM) alliance with its stated objective to get rid of the government.

JUI-F chief Maulana Fazlur-Rehman, addressing a media briefing a few weeks ago, had said that the opposition was demanding the “immediate resignation of selected Prime Minister Imran Ahmed Niazi”.

He had said that a failure to do so will result in the joint opposition announcing country-wide protests that will include the participation of lawyers, traders, labourers, farmers, civil society, and the people in general.

“In the first phase, beginning October, rallies will be held in Sindh, Balochistan, Khyber Pakhtunkhwa, and Punjab.

“In the second phase, starting December, huge demonstrations will take place country-wide. In the third phase, to begin in January next year, a long-march will move towards Islamabad,” Fazl had said.

“To oust the selected government, the joint opposition will use all tactics, including a vote of no confidence and resignations from the parliament.”

Tensions between the government and the opposition increased further when last month, Leader of the Opposition in the National Assembly and PML-N president Shehbaz Sharif was arrested by NAB outside the Lahore High Court (LHC) when his interim bail plea was rejected.

The arrest was about a money laundering and assets beyond means case filed by NAB earlier.

Former prime minister Nawaz Sharif had reacted to news of Shehbaz’s arrest, warning opponents that ‘underhanded tactics’ will not be able to bend the PML-N.

Taking to Twitter, Nawaz had said that no one should remain under the false impression that they will be able to ‘bend’ the party through such underhanded tactics.

Today, this puppet system has verified the APC’s resolution by arresting Shehbaz Sharif,” he had tweeted. “Shehbaz Sharif had said earlier that whether he is put behind bars or not, all decisions taken during the APC will be implemented.”