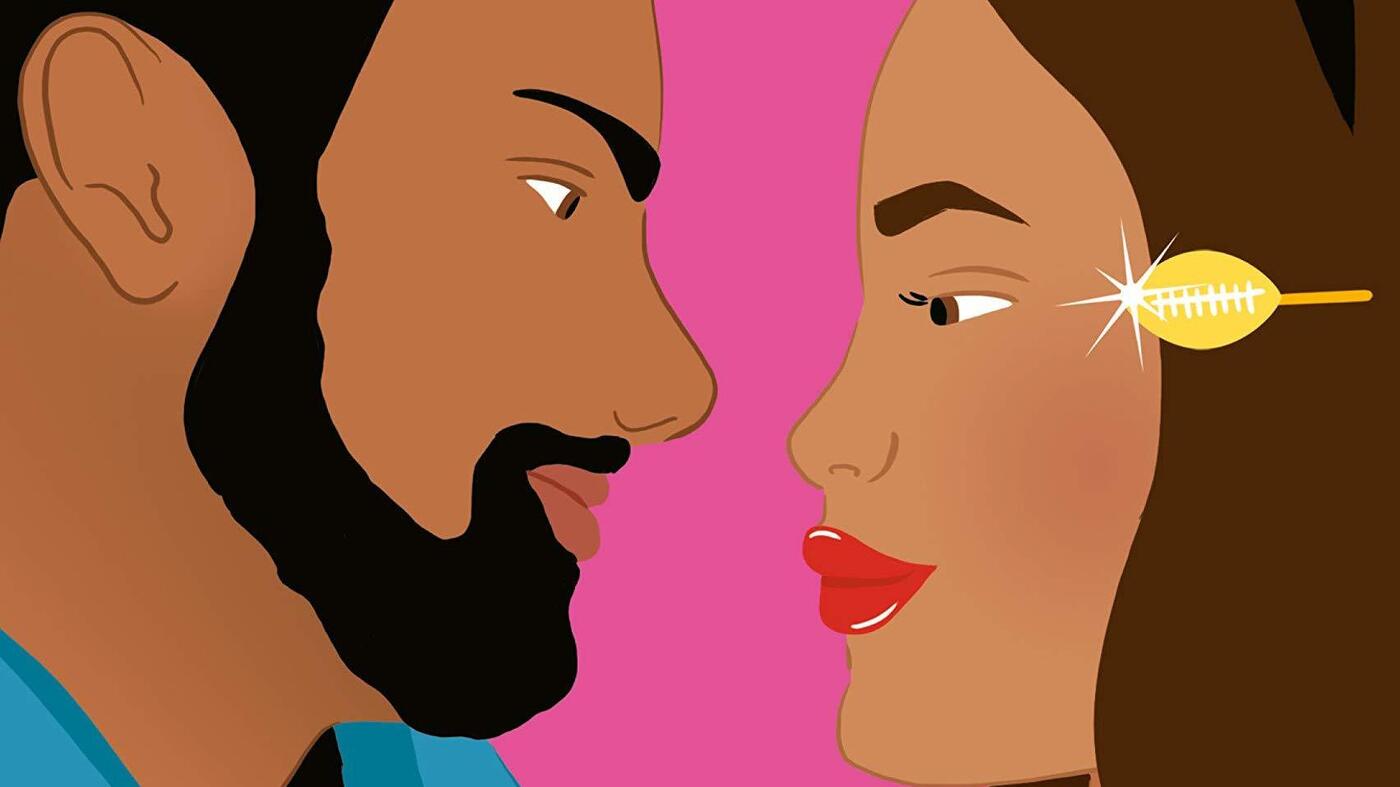 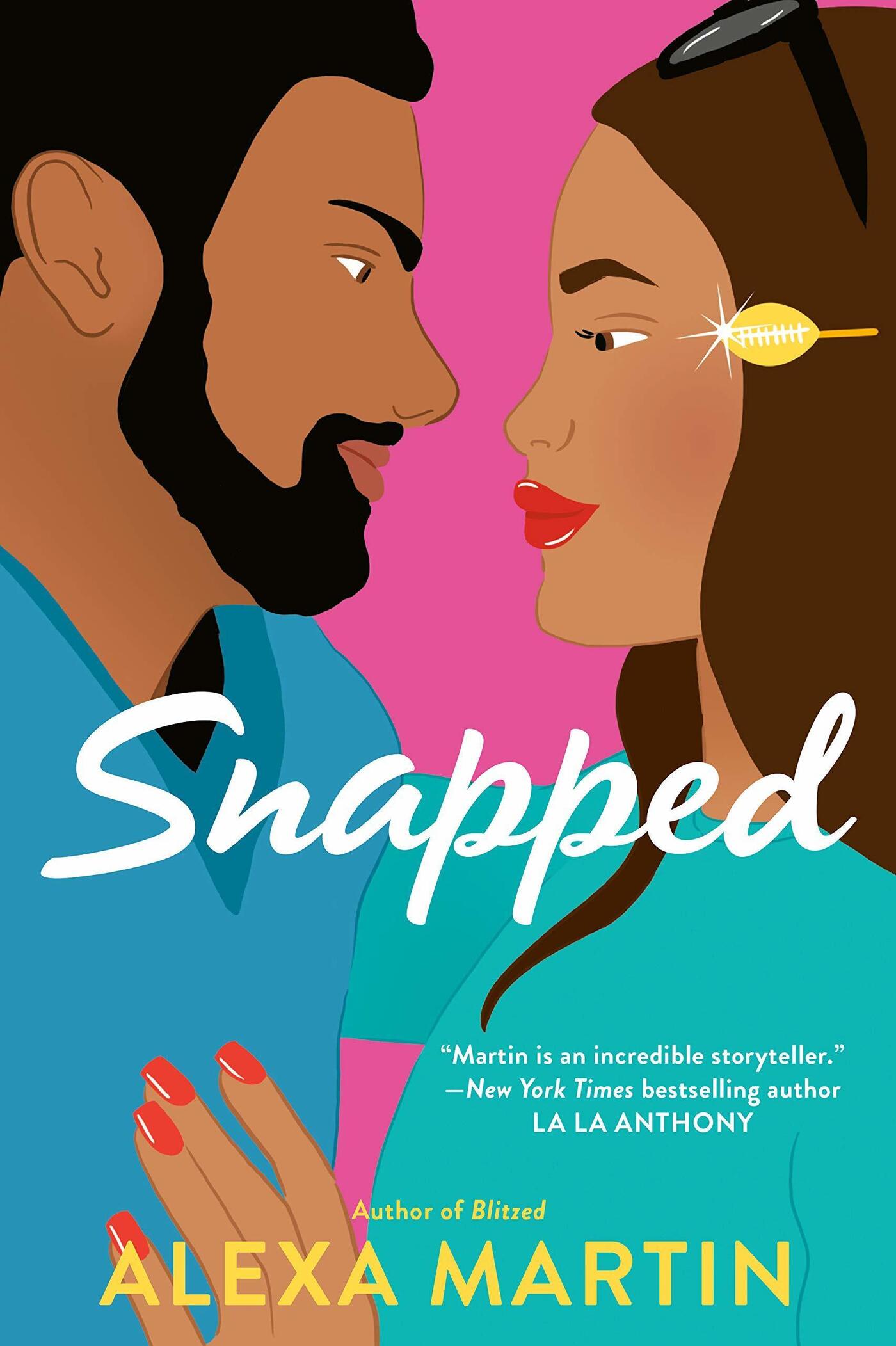 A complicated but passionate love story with a plot ripped from the headlines, Snapped is the latest book in Alexa Martin’s highly-regarded Playbook series. And once again, Martin delivers another heart-warming romance with loads of laughter and sensuality — but she also doesn’t fumble the ball when it comes to providing a hard-hitting plot.

Elliot “Elle” Reed, a biracial (Black and white) 31-year-old woman is grieving the loss of her single-parent father — the white man who raised her, and who passed away from cancer less than a year earlier. When the story begins, she has landed her first grown-up job with a 401(k) and health coverage, but now, she also has perks: Elle is the newest member of the public relations department for her father’s favorite football team, the Denver Mustangs. It’s a dream job with a dream team, and a way for her to stay connected to the man she misses terribly.

A super-talented PR professional, Elle is on the heads side of the confidence coin. But when it comes to her personal life, low self-esteem translates into a self-deprecating woman who is frequently uneasy around the opposite sex — unless it has to do with work.

Superstar Mustang quarterback Quinton Howard Jr. (who’s Black) takes a knee during the national anthem at the first game Elle attends as a Mustang employee. Her initial reaction: Why didn’t someone give the PR department the heads-up? It’s PR’s job to control the message, and Elle is excellent at her job, as Martin makes clear from the start.

Of course, things get complicated quickly when the top brass assigns Elle to develop Quinton’s PR campaign and smooth over the churned-up waters of public opinion (he didn’t just take a knee, he also put black tape over the Mustangs logo on his jersey). Elle is thrilled about the opportunity — but also recognizes the cost of failure. She also wishes Quinton wasn’t so darn luscious in the looks department.

That’s a lot to work with already, but Martin is just getting started. Questions abound: What is Quinton’s reason for kneeling? Political? Personal? Both? What’s his agenda? How come he hates Elle (or so she believes) from their first face-to-face meeting? What’s up with his rudeness?

This is where Snapped goes for extra points, and scores (sorry not sorry for the football lingo there). Martin skillfully crafts a delicate balance between romance, politics, current events and a main character’s self-realization in a story that rarely feels predictable. She doesn’t skimp on the funny either; Snapped is full of zippy dialogue, and Elle’s internal monologue will have you rolling. Providing an extra boost of humor are several supporting characters, including Donny, a foul-mouthed sports agent, and Mrs. Rafter, Elle’s former next-door neighbor. However, some of the best laugh-out-loud lines come from Elle and Quinton. Be it a display of anger, sexual tension, or anything else, these two find the fun and run with it.

Martin skillfully crafts a delicate balance between romance, politics, current events and a main character’s self-realization in a story that rarely feels predictable.

Martin also doesn’t neglect the female friendships that anchored the other novels. Wives-and-girlfriends group the Lady Mustangs continue to provide a sisterhood that supports the main character, helping her achieve her goals with any advice (good or otherwise) she might require on the romance and career fronts. Regardless of what they are asked, the Lady Mustangs provide their best with gusto and love.

There are risks to telling this story as a romance, however. The plot requires some scenes spent away from the romance arc. But Martin uses these diversions to ramp up the conflict, throw obstacles and choices at Elle, and further finetune her journey.

One of the novel’s central questions is whether a biracial woman brought up to be “colorblind” can learn to recognize racism and make choices accordingly. Martin layers Elle’s experiences of her colorblindness throughout the novel; the cause and effect of her upbringing is something Elle must come to grips with for herself. Elle’s experiences are inspired by Martin’s own life, which infuses the character and the novel with authenticity. Martin’s knowledge of the NFL (she is married to a former NFL player) and Elle’s conflict (Martin is also biracial and her Black parent died when she was young) hits home as you read the final pages of Snapped.

Elle and Quinton may be fictional, but they’re definitely unforgettable. They also are two people I’d like to know in the real world — and Alexa Martin’s Snapped brings them to life in a striking novel of heart, mind, and soul.

Denny S. Bryce writes historical fiction. Her first novel, Wild Women and the Blues, is coming this year. You can follow her on Twitter @dennysbryce