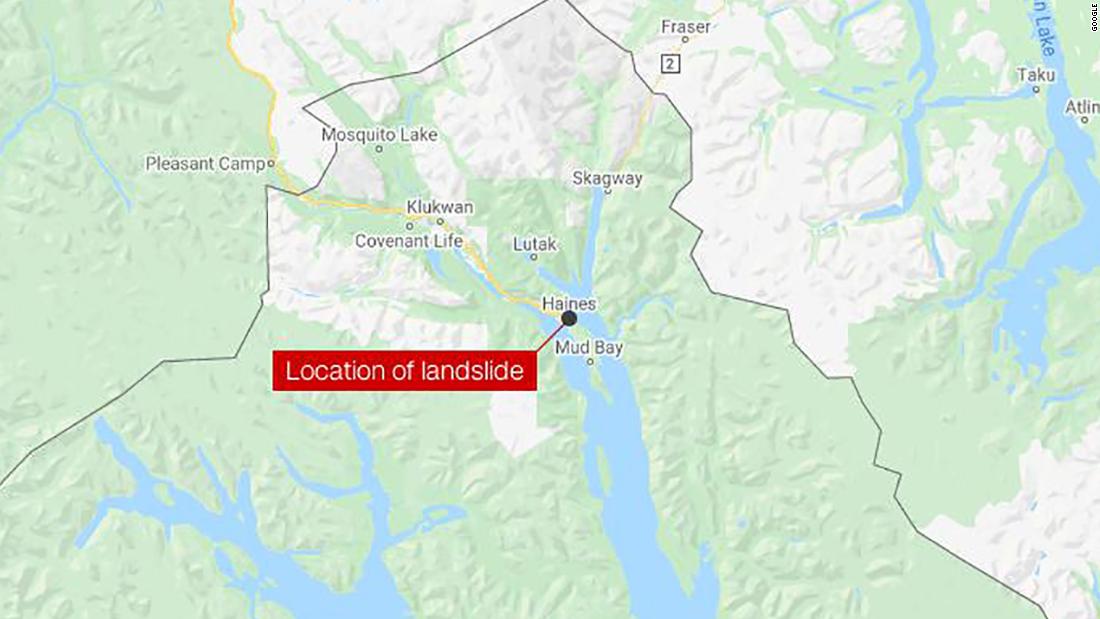 Dozens of homes on the hillside are uninhabitable because of the incident, said Alekka Fullerton, Haines borough interim manager. Haines is about 92 miles north of Juneau.

“The whole side of the hill has come down,” Fullerton said, adding that one road — Beach Road — is inaccessible, and they haven’t been able to reach several people who live there. “The problem is, it’s dark now, and it is still highly unstable.”

The US Coast Guard, the Alaska National Guard and Alaska State Troopers are assisting in the search and rescue operation.

About 30 people have been evacuated as of Wednesday evening. The local Emergency Operations Center is asking local contractors to assist in locating heavy equipment to move debris out of the way.

“The potential for additional debris flows and landslides over the next 24 hours is high,” the borough government posted on Facebook.

In a written statement, Haines Mayor Douglas Olerud said, “Haines is going to be needing lots of prayers.”

“We have several roads that have washed out, mudslides, and houses flooding,” he wrote.

With more rain expected, Fullerton said the ability of rescue crews to safely look for more people Wednesday was being strained.

“They are very worried, and it is my understanding that the search might be called off for the night,” she said.

Five Takeaways From the Developing Space War Between China and the U.S.