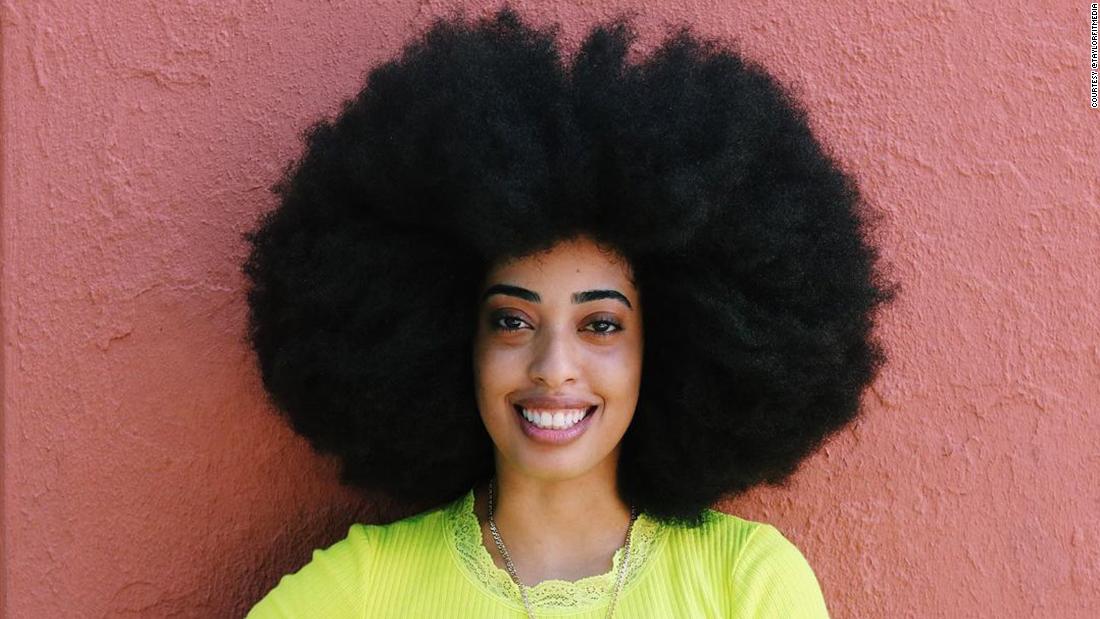 The 32-year-old Brooklyn fashion designer has just broken the Guinness World Record for largest afro (female) — with voluminous locks that reach over 8 inches tall and nearly 9 inches wide. Her afro is 4 feet and 10 inches in circumference.

Williams says that her hair has always attracted a lot of attention.

“When my hair is fully styled and big and voluminous I get a lot of stares, a lot of comments, lots of compliments,” Williams told Guinness in its news release. “I want to think that everything is positive, but there are some people who stare like they have no idea what’s going on or what they’re looking at.”

These comments were part of what inspired her to go after the record. She told Guinness that she was also inspired by Aevin Dugas, another American who previously held the world record for eight years.

When Williams found out she had broken the record, she was in disbelief.

“My mouth dropped, then my knees!” Williams told Guinness. “I could not believe it! I opened the email to make sure it wasn’t a mistake. I took about 10 minutes to process (it).”

There isn’t any magical serum or product that’s aided in her impressive hair growth, either. Williams told CNN that her hair regimen is pretty low-maintenance: she deep conditions once a week and makes sure to avoid as much manipulation as possible. Long hair also runs in her family — she’s got an aunt with locks that go down to her calves.

And while it’s an incredible achievement, the journey to loving her natural hair was a process. Williams began embracing her afro nine years ago, when she was 23, after previously straightening and perming her hair for years.

“[This record is] definitely something that i think a lot of confidence and pride in,” Williams told CNN. “When I first decided to go natural, there was no one that I could really look up to.”

But since Williams has received the record, she says that she’s been contacted by people all over the world who consider her to be an inspiration. After years of feeling as if she had to hide her natural hair from the masses, she now knows what it means to be celebrated for it.

Opinion: Ponsetto is much more representative of America than we care to admit

Microsoft, Oracle and and other tech giants team up Covid-19 vaccine ‘passports’