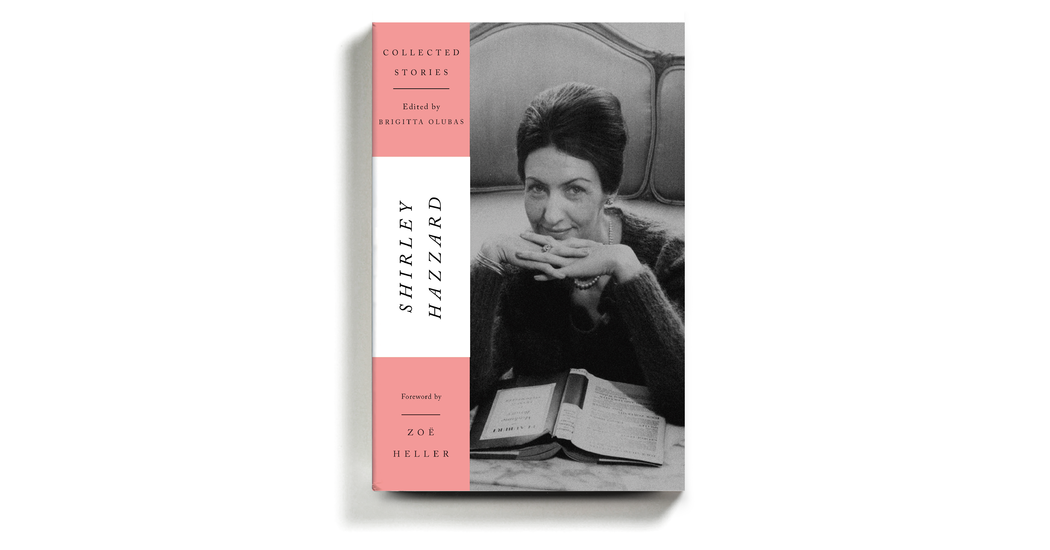 Many of the stories about men and women unhappily in love are set abroad, often in Italy. Her characters, if not always wealthy, have well-stocked minds. They quote poetry. One character says of another, “He’ll get old quite suddenly and look like Somerset Maugham.” Another says, “You look like an allegorical figure.”

Her people are alone and lonely even in the company of others. “You don’t know how isolated one feels,” a woman says. “You have so many — attachments.” Her illicit lover replies: “You make me sound like a vacuum cleaner.”

Hazzard’s dialogue is parched yet on point. She has a habit of inserting talk into long sections of observation about gardens and the natural world. I don’t always treasure long observations about gardens and the natural world, but I do when Hazzard makes them. About an Englishman in Tuscany, for example, we read, in lines that make you sense the poverty of our weather reports:

“He had never experienced such a sky. In England, where heaven is a low-hung, personal affair, thoroughly identified with the King James Version, a sky such as this would not have been tolerated for a moment. It was a high, pagan explosion of sky, promising indulgence for all kinds of offenses to which he had not the slightest inclination. He felt, beneath it, exposed and ridiculed.”

The women in Hazzard’s stories have few options. (In her later novels, they have multiple avenues of escape.) The chilly men tend to be academics, not fiction writers. But reading these stories I was reminded of one of John Updike’s late poems, in which he admitted, with regret: “I drank up women’s tears and spat them out / as 10-point Janson, Roman and ital.”

The men in Hazzard’s stories are avid consumers of tears. They hurt women with the nonchalance of a fishmonger snipping the faces off soft-shell crabs. It is not a pretty sight. About one woman in need of solitude, Hazzard writes: “One can’t ask to be left alone, she thought, or not to be touched, even once in a great while, without creating a scene — without changing everything.”

Her intelligent women do see these men plainly. After a remark that men are concerned with cause and not consequence, we read: “It was the way men’s minds worked, she supposed; the process, in fact, by which the world was provided with machines and roads and bridges — and ruins.” Her men manage to avoid the pitfalls of love by never entirely falling in it.

California Will Impose Its Strongest Virus Measures Since the Spring

Betsy Wade, First Woman to Edit News at The Times, Dies at 91