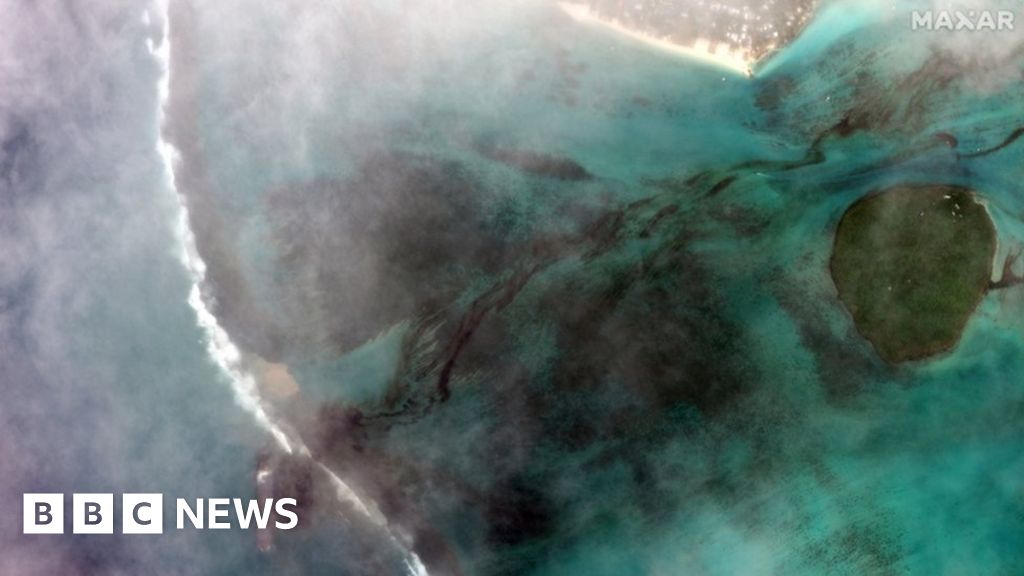 The island nation of Mauritius has declared a state of emergency after a vessel offshore began leaking oil into the ocean.

MV Wakashio ran aground on a coral reef off the Indian Ocean island on 25 July and its crew was evacuated.

But the large bulk carrier has since begun leaking tons of fuel into the surrounding waters.

He also appealed to France and its President, Emmanuel Macron, saying that Mauritius “does not have the skills and expertise to refloat stranded ships”.

The French island of Reunion lies near Mauritius in the Indian Ocean.

Mauritius is home to world-renowned coral reefs, and tourism is a crucial part of the nation’s economy.

Happy Khambule of Greenpeace Africa said that “thousands” of animal species “are at risk of drowning in a sea of pollution, with dire consequences for Mauritius’ economy, food security and health.”

The ship – owned by a Japanese company but registered in Panama – was empty when it ran aground, but had some 4,000 tonnes of fuel aboard.

MV Wakashio is currently lying at Pointe d’Esny, in an area of wetlands near a marine park.

The environment ministry reportedly said attempts to stabilise the vessel and to pump out the oil failed due to rough seas.

“This is the first time that we are faced with a catastrophe of this kind, and we are insufficiently equipped to handle this problem,” Fishing Minister Sudheer Maudhoo said.

Police have opened an inquiry into the spill.

Water on the Moon could sustain a lunar base