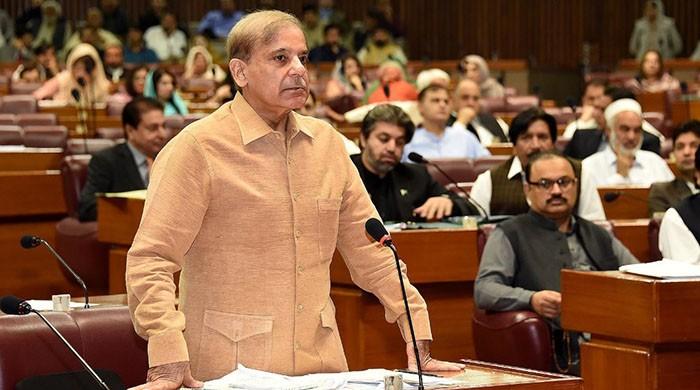 ISLAMABAD: Leader of the Opposition in the National Assembly Shehbaz Sharif on Friday denounced the comments of Foreign Minister Shah Mahmood Qureshi over the Saudi-led Organisation of Islamic Cooperation (OIC) and called it “highly unfortunate and irresponsible”.

In a tweet, the opposition leader lambasted the foreign minister’s statement, saying that it “flies in the face of history and Pakistan’s trusted relationship with the Kingdom.”

“The cavalier attitude by this government is undermining Pakistan’s core relations with friendly countries,” the PML-N stalwart wrote on Twitter.

Criticising the government for isolating Pakistan at the global stage due to its dismal stances on international issues, the PML-N president said that the government has already made similar blunders towards friendly countries in the past.

“Apologise to Saudi Arabia and deal matters wisely and efficiently,” he said, reminding the government about the strategic and historic brotherly relations between the two countries and that Riyadh has always backed Islamabad in its time of need.

Earlier on Wednesday, FM Qureshi, in an unusually assertive way, asked OIC to stop dragging its feet on the convening of a meeting of its Council of Foreign Ministers (CFM) over the Kashmir conflict.