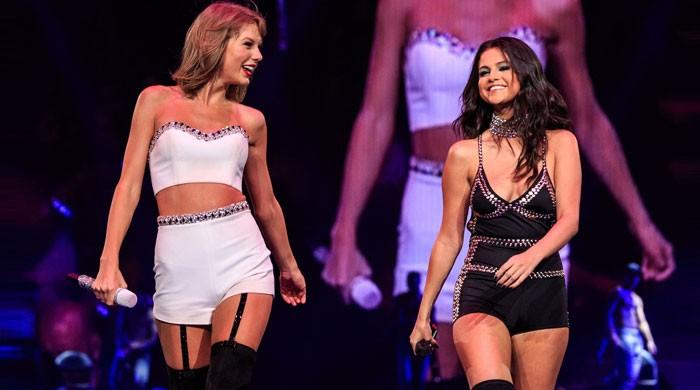 Selena Gomez has opened up about her dream of collaborating with close friend Taylor Swift, saying ‘we are family’.

During an appearance on Twitch’s Animal Talking streaming talk show on Wednesday, Gomez spoke about potentially working on a song with her BFF Swift.

The ‘Lose You to Love Me’ songstress said:  “I’ve always dreamt of doing a song with Taylor. We both wanted to do that.”

There’s always a possibility that a collaboration could happen between the two, as Gomez, 28, and Swift,  30, have stayed in touch and remained close friends over the years.

Gomez, during her virtual chat, also confirmed she is working on a new album, not even a year after her third studio album, Rare, came out in January.

When asked about her latest LP, Gomez revealed, “It’s funny because I already feel like I’ve been working on the new album so I’m not in that headspace as much.”

“But I’m so proud of what we did,” she said before adding, “Oh no, I’m not sure if I was supposed to say that.”

A few weeks ago, Gomez endorsed Swift’s latest album, Folklore, as she wrote on her Instagram Story, “She’s done it again,” before tagging her fellow musician friend.