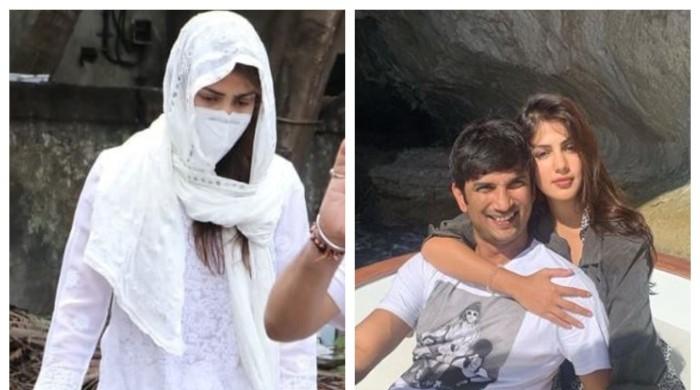 In the midst of being investigated by CBI on charges of abetting Sushant Singh Rajput’s suicide, Rhea Chakraborty may be in for some serious trouble.

Vikas Singh, Sushant’s family’s lawyer, has spoken to Times Now and revealed how despite the late actor’s girlfriend no longer being evasive and submitting herself for probe, can still get arrested if she doesn’t cooperate.

“Now that she has decided to finally come forward in the interrogation, if she answers questions properly then probably she may be allowed to go. If she evades answers today, then she can also be arrested,” said Singh.

She had earlier requested for postponement of the recording of her statement until her petition in Supreme Cout about transferring the probe from Bihar to Mumbai is heard.

However, her plea was rejected by the agency, after which she appeared before ED.

As per a report in Times Now, sources from ED said that the actress is not cooperating with the investigation.

The insiders stated that Rhea told the agency that she apparently doesn’t remember the details.

How Kajal Is Spending Her “Last Days” As Ms Aggarwal