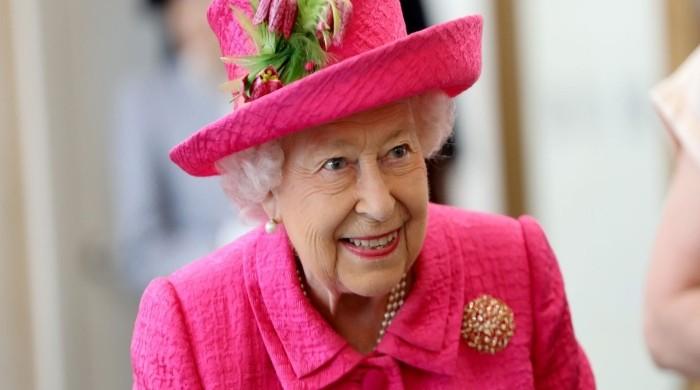 Queen Elizabeth has been honoured with a new Canadian portrait and she looks absolutely stunning in it.

The monarch can be seen looking resplendent wearing the King George VI Victorian Suite, also know as the Belgium Sapphire tiara, with its matching necklace, bracelet, and earrings.

The official portrait was shared by royal photographer Chris Jackson who wrote, “It was an incredible honour to have the opportunity to photograph HM Queen Elizabeth II on behalf of the Canadian Government for her official Canadian Portrait that has been released today. I’ve been lucky enough to have visited Canada many times now with members of the Royal Family and have the fondest memories of the people I’ve met and the incredible, vast and beauty country that I’ve been privileged to get to know a small part of over the years.”

Jackson continued, “In the photograph The #Queen is wearing her Canadian insignia as Sovereign of the Order of Canada and the Order of Military Merit. She is also wearing ‘The King George VI Victorian Suite,’ a diamond and blue sapphire necklace and earrings that were given to her by her father King George VI as a wedding present in 1947. The jewels date back to circa 1850; the matching tiara and bracelet were added to the suite in 1963.”

“The Queen wore the sapphire suite in Canada during the 1990 Royal Tour,” Jackson explained. “Shout out to the team Guy Isherwood, Matt Wash and Jerome Hunt as well as everyone at @o_canadiana and @royalfamily and, as ever, everyone at @gettyimages.”

What Not To Wear If You're a Corporate Mascot