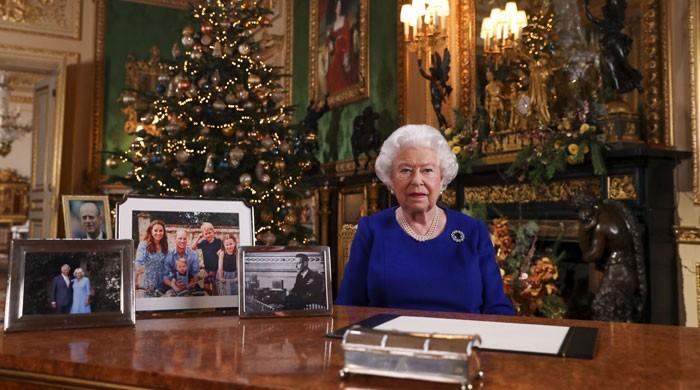 The Queen chose to chuck away Prince Harry and Meghan Markle’s photo during the course of her Christmas speech so as not to give them any royal publicity.

The survival of the monarchy has always been the Queen’s passion and by tossing aside Prince Harry, Meghan Markle and baby Archie’s photo atop her table, she has proven her love for the crown yet again.

The Queen’s move was heavily documented in royal biographer Robert Lacey’s book Battle of Brothers: William, Harry and the Inside Story of a Family in Tumult.

Per an extract from the writing, the author claims the Queen’s decision was a ‘deliberated’ and carefully calculated move.

During his interview with the Daily Mail Lacey was quoted saying, “The absence of a single Sussex from the 2019 assemblage of significant royal faces in the Queen’s Christmas broadcast appeared to reflect a deliberate decision on her part. She would be providing no brand endorsement opportunities this year for Sussex Royal.”

The pictures that did make the cut included Prince Charles and Duchess Camilla, the Duke of Edinburgh, the Queen’s late father King George VI and Prince William’s homestead.