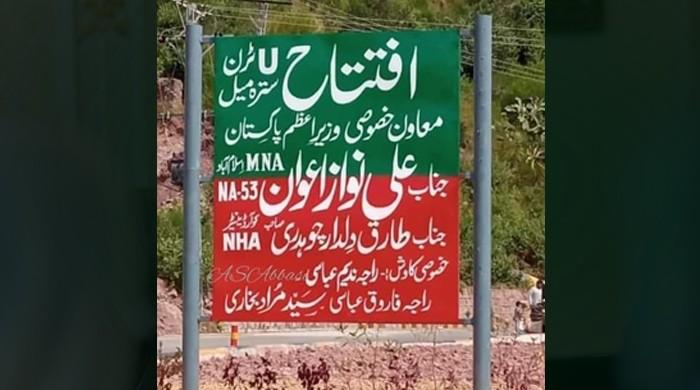 Special Assistant to the Prime Minister on Capital Development Authority (CDA) Affairs Ali Nawaz Awan, in what can only be described as either an epic attempt at self-deprecating humour or an act of blissful ignorance, recently inaugurated a U-turn in Islamabad

According to a tweet, the PM’s aide inaugurated the U-turn in the Satra Meel area of Bhara Kahu.

It is pertinent to mention here that the Opposition has mocked the government for repeatedly taking decisions that have gone against its promises — with “U-turn” a term often used to describe the PTI’s governance.

It is unclear whether the ‘inauguration’ of an actual U-turn by the PTI MNA was a light-hearted joke or a serious affair.