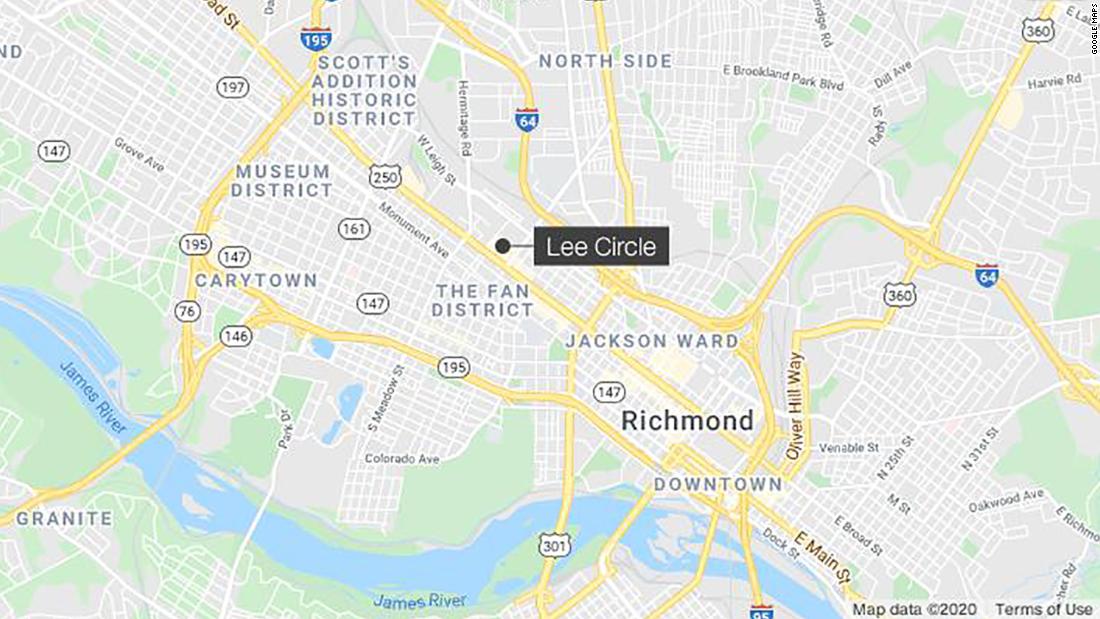 The rally originated in Henrico County before driving to the Lee Circle in Richmond, the release said.

Police were called after receiving a report of a person being pepper sprayed and gunfire striking a car, according to the release.

“Some of the vehicles left the roadway and crossed grassy medians near the area,” the release said.

An adult female reported being pepper sprayed by an unknown person in a vehicle, according to the release.

Police responded to the assault to investigate and cleared the area, the release said.

Officers also responded to a report of an unoccupied vehicle being struck by gunfire, officials said in the release.

No other injuries were reported and police are asking anyone who may have been injured or who may have videos or pictures of the incidents to reach out law enforcement, according to the release.

The intersection around Lee Circle, where a statue of Robert E. Lee is located, remains closed to traffic.

The monument has been the subject of controversy this year as many monuments honoring the confederate general have been removed.

A ruling granting Democratic Gov. Ralph Northam the power to have the monument removed was handed down last week. The statue will remain in place pending the resolution of a potential appeal, which challengers have 30 days to file.
Northam announced plans to remove the statue of the general in June amid nationwide protests for racial justice. At the time, Confederate statues were being removed across the country by officials and protesters alike, with some of the official removals being met by legal challenges, including the Lee statue.

‘No fake news:’ Biden and Harris sit down for a ‘very normal’ interview with Jake Tapper

Analysis: Building a Cabinet that looks like America is harder than it looks