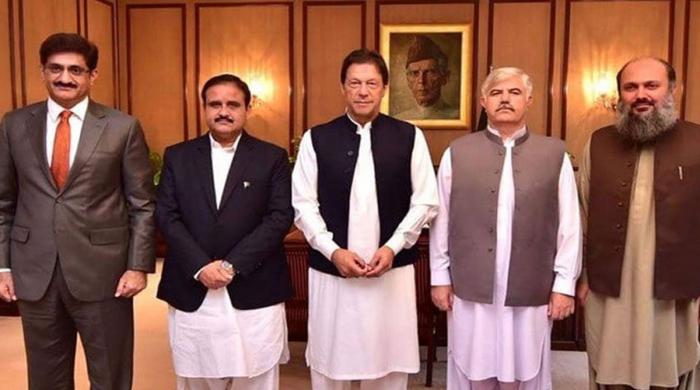 Prime Minister Imran Khan is chairing the 42nd meeting of the Council of Common Interest (CCI) during which important matters are being discussed, Geo News Thursday.

The meeting is attended by all four chief ministers.

The meeting’s eight-point agenda is expected to focus on decisions and suggestions of the earlier CII meetings. The session is also expected to shed light on the role of the HEC after the 18th amendment, the Oil and Gas Regulatory Authority (OGRA) Ordinance 2002 and to give the lower portion of the Chasma Canal to Punjab.

The meeting will also discuss the current coronavirus situation in the country and look at the overall national strategy to combat the pandemic.

According to sources, the meeting will also review decisions related to taxes, LNG import and other matters which were taken up in the last CCI meeting held in December 2019.

During the last meeting of the CCI held in December, PM Imran had said all provinces — Sindh, Balochistan, Khyber Pakhtunkhwa, and Punjab — would be given their fair share of the money.

The premier had also said the government would resolve the complexities relating to the issue of funds’ allotment among provinces.