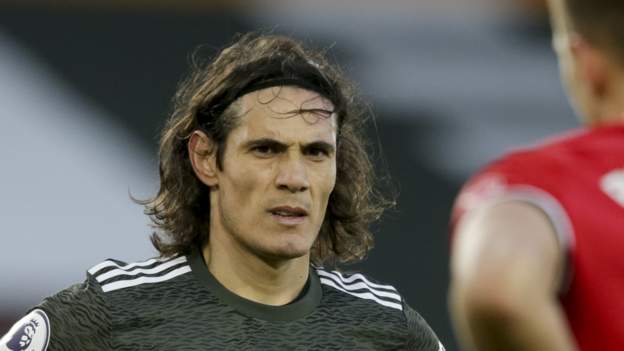 It contained a Spanish phrase that is offensive in some contexts.

“There was no malicious intent at all,” Solskjaer said.

“It was just an affectionate greeting to a friend of his.

“But we explained to him, he’s been asked by the FA to explain, so of course he’ll co-operate with them and we’ll support him.

“I think it is one of those unfortunate situations that he’s just come into the country and in Uruguay it’s been used in a different affection than what we have.”

Cavani sent the message after scoring the injury-time winner in United’s 3-2 Premier League victory at Southampton.

He has apologised and said “it was intended as an affectionate greeting to a friend, thanking him for his congratulations after the game”.

As of this season, Football Association rules state that any player found guilty of an offence of discrimination will face a minimum three-match suspension.

“I saw Gary said something on maybe all the players coming from different cultures should be educated and I’m sure Edinson has learned the hard way.”