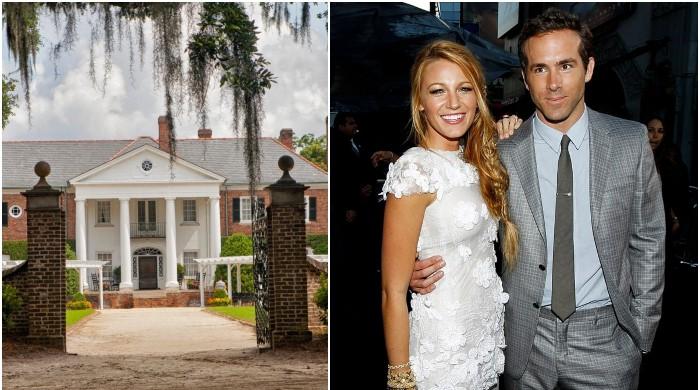 Ryan Reynolds and Blake Lively had been under fire since a while over their decision to choose a plantation as their wedding venue back in 2019.

After the pair issued an apology recently following immense flak, the plantation where they held their nuptials has also released a statement.

The over 330-year-old Boone Hall Plantation & Gardens in Mt. Pleasant, South Carolina told Fox News, “We treasure all our relationships with couples that have chosen to get married at Boone Hall, and, when needed, respond to them in private, honest, and personal discussions to address any concerns they may have.”

“The discussions are heartfelt as we want to listen and put love and respect at the center of any issues that arise. We will always work to be a part of the solution for our couples, not a part of the problem,” the statement further said.

Eight miles from Downtown Charleston, the preserved estate was settled and founded by Englishman Major John Boone back in 1681.

“It’s something we’ll always be deeply and unreservedly sorry for. It’s impossible to reconcile. What we saw at the time was a wedding venue on Pinterest. What we saw after was a place built upon devastating tragedy. Years ago we got married again at home—but shame works in weird ways. A giant [expletive] mistake like that can either cause you to shut down or it can reframe things and move you into action. It doesn’t mean you won’t [expletive] up again. But repatterning and challenging lifelong social conditioning is a job that doesn’t end.”