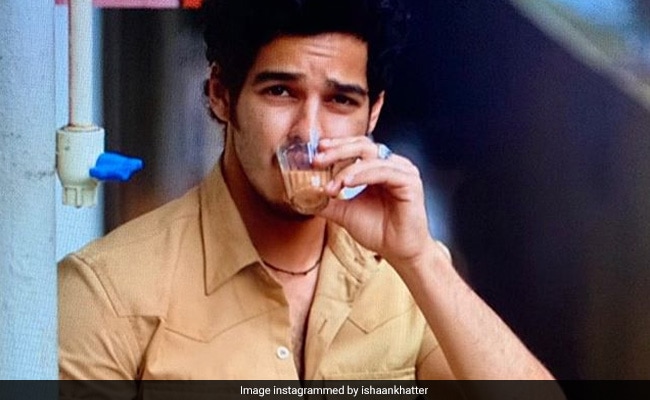 Make way for the ultimate OG Blackie aka Ishaan Khatter. Confused? Well, don’t be, we are here to help. On Friday, Ishaan Khatter shared pictures from his first look test of his upcoming film Khaali Peeli. Ishaan, who plays the role of a taxi driver in the film, can be seen dressed in a khaki uniform. In one of the pictures, the actor can be seen lighting a cigarette, while in the other shot he can be seen sipping some tea. In the third picture, Ishaan can be seen staring intensely into the camera, with just the right attitude. Sharing the pictures from his look, Ishaan wrote: “First look test…. Blackie. Man, what a blast this one has been. Thank you for giving me one of my favourite characters so far. Been a year since we first began production on Khaali Peeli and things have really come back serendipitously in a full circle. Starting and ending on the same studio floor. Gearing up. Time for blast off.” Ishaan’s co-star from the film, Ananya Panday wrote “Fave” in the comments section.

Posting a picture of his character from the film, Ishaan Khatter wrote a few days ago, “I got flesh wounds bigger than you.” Check it out:

The teaser of Khaali Peeli released a few days ago. It showcases the journey of a taxi driver (Ishaan) who was released from jail after serving time for “committing a half murder” and a dancer (Ananya Panday), who runs away after stealing some money, They meet in (no points for guessing) Blackie’s taxi. Check out the teaser here:

Ishaan Khatter, who stepped into the film industry with Beyond The Clouds, starred in the 2018 film Dhadak, opposite Janhvi Kapoor. He was also a part of Mira Nair’s A Suitable Boy. The actor has also signed Phone Bhoot, alongside Katrina Kaif and Gully Boy actor Siddhant Chaturvedi.

‘I wasn’t outspoken enough before’

Katherine May, Author Of ‘Wintering’ : NPR