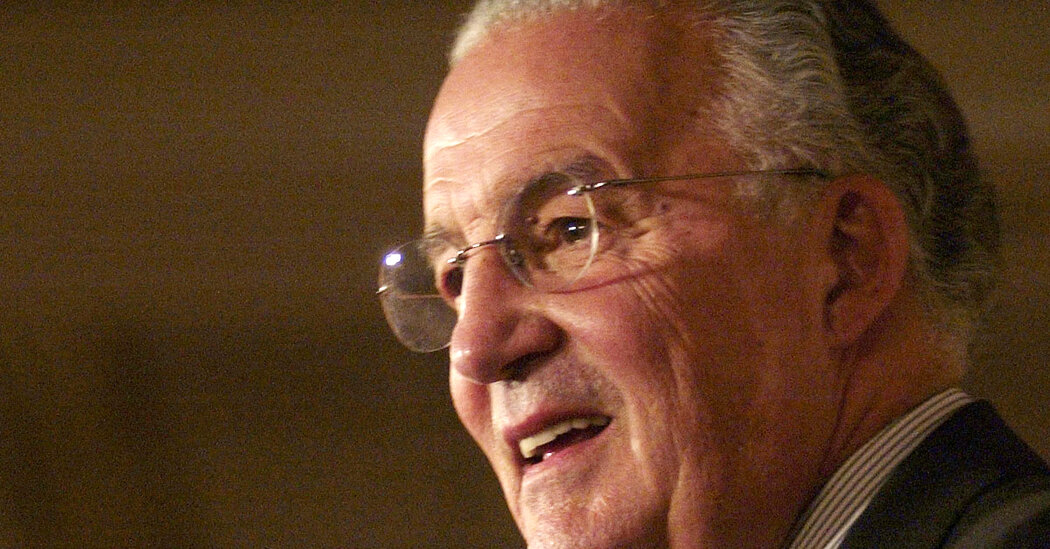 Mr. Sarbanes graduated in 1954 and won a Rhodes Scholarship, attending Balliol College at Oxford and taking a second bachelor’s degree in 1957. He earned a law degree at Harvard in 1960.

He clerked for a federal judge, worked as an aide to Chairman Walter W. Heller of President Kennedy’s Council of Economic Advisers, practiced law in Baltimore and was executive director of a commission writing a new City Charter for Baltimore.

In 1966 he ran for a seat in Maryland’s House of Delegates and won, and in 1970 he challenged a 13-term House veteran, George H. Fallon, who was chairman of the pork-barrel-rich House Committee on Public Works. Campaigning door to door with his wife, the former Christine Dunbar, whom he met at Oxford, Mr. Sarbanes stressed the issues of Vietnam and the environment. He won with 52 percent of the vote to the incumbent’s 45 percent.

Redistricting after the 1970 census pushed Mr. Sarbanes into another potential race against a House committee chairman, Edward A. Garmatz, who headed the Committee on Merchant Marine and Fisheries, which was very important to the port of Baltimore. But Mr. Garmatz retired, and Mr. Sarbanes won re-election easily.

He was then elected to the Senate in 1976, defeating Senator J. Glenn Beall Jr., a Republican. He was attacked in 1982 by the National Conservative Political Action Committee, which had used the Panama Canal issue in 1980 to help defeat several Democratic senators. But Mr. Sarbanes won comfortably then and again in 1986, 1992 and 1998 before announcing in 2005 that he would not run again in 2006.

He is survived by a brother, Anthony Sarbanes; a sister, Zoe Pappas; two sons, Representative John P. Sarbanes, who holds his father’s old seat in the House, and Michael Sarbanes; a daughter, Janet Sarbanes; and several grandchildren. His wife, Christine, died in 2009 after 48 years of marriage.

Mr. Sarbanes was always attentive to local issues, leading the effort to clean up the Chesapeake Bay after another Maryland senator, Charles McC. Mathias, retired in 1984. He also pushed for federal support of mass transit, and a transit center in Silver Spring, Md., is named for him.

Unlike many senators, after retiring he rejected the idea of taking a position at a Washington law firm. If he had, he told friends, sooner or later he would be asked to take on the distasteful chose of lobbying a former colleague.

New Zealand’s borders may stay shut for most of the year, PM Ardern says

The stock market is at peak dumb: Etsy soars because Elon Musk tweets about it

Kobe Bryant wasn’t just an NBA star. He was an ambassador for all sports